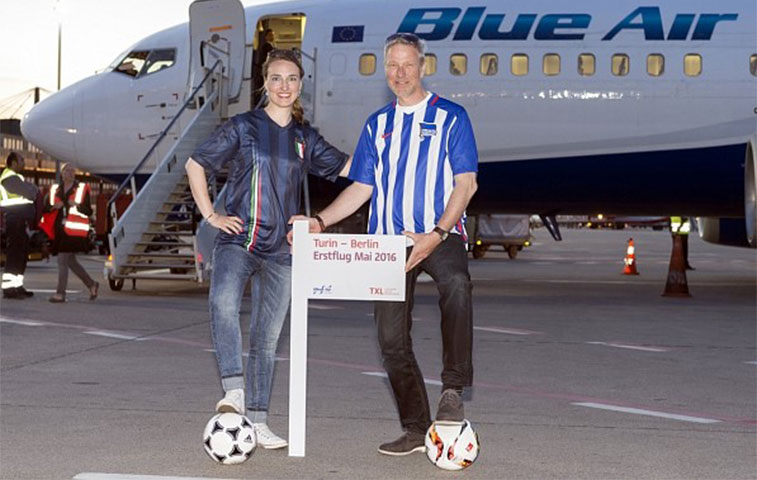 Blue Air celebrated the start of its first services to Berlin Tegel from Turin on 2 May. The 914-kilometre sector will be served thrice-weekly (Mondays, Wednesdays and Fridays) according to OAG Schedules Analyser data. Seen celebrating the start of services by the carrier to the German airport are Diana Wesser, Sales Manager Germany, Blue Air, and Andreas Ley, Airline Marketing, Berlin Brandenburg Airport. 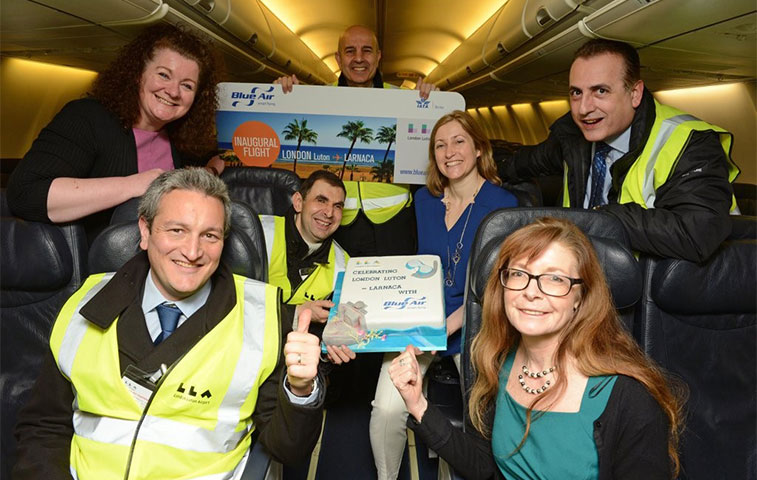 London Luton Airport celebrated the start of Blue Air services to Larnaca with a traditional route launch cake. Services on the 3,285-kilometre sector will be flown thrice-weekly (Mondays, Wednesdays and Fridays) in direct competition with Monarch Airlines and Thomson Airways according to OAG Schedules Analsyser data.