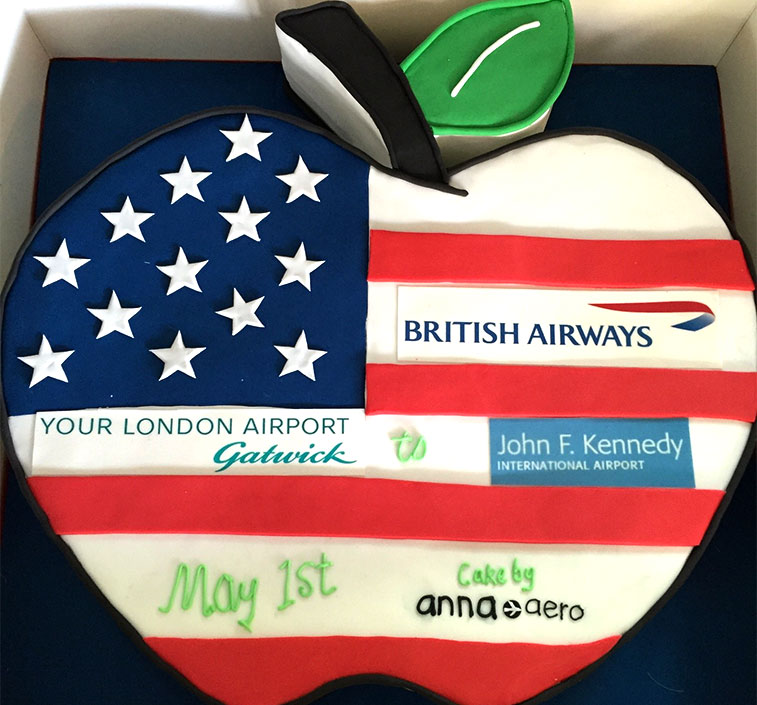 Where you flying to again? The Big what? British Airways has launched two long-haul services from London Gatwick this week, most significantly to New York JFK, as it is a resumption of a route which was last flown in 2009. anna.aero’s data elves swapped their spreadsheets for spatulas to bake this Big Apple-tastic cake for the route. Additionally the airline commenced twice-weekly services to San Jose in Costa Rica on 27 April. 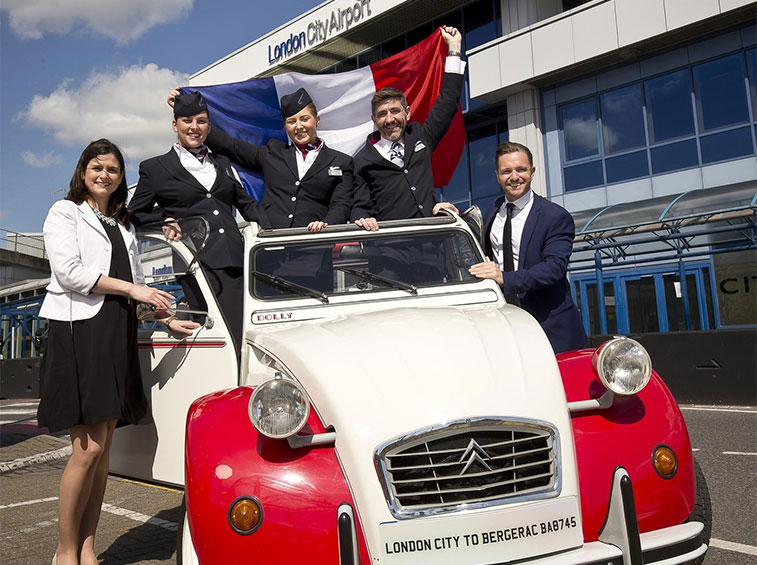 Don’t worry, this cake is not to scale, there is more to Menorca than just a runway! Cutting the cake along with the crew on the first British Airways flight from London Heathrow to Menorca were: Xavier Serrano, British Airways Customer Service Manager, Barcelona & Balearics; Tomás Melgar, Menorca Airport Director; and María Sellarés, Tourism Counsellor, Consell de Menorca.