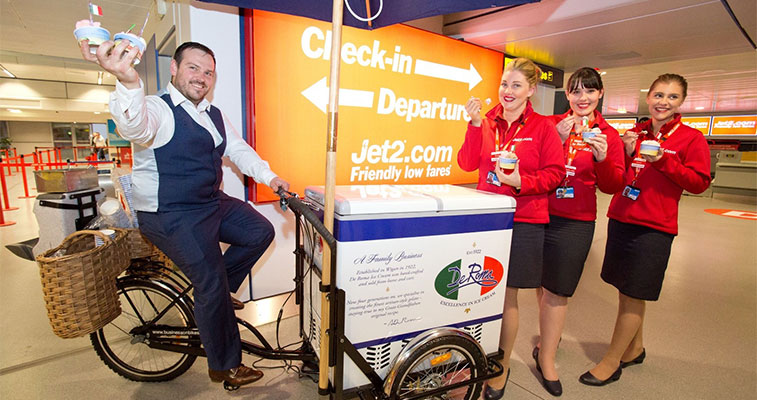 Jet2.com celebrated its inaugural twice-weekly flight from Manchester to Naples on 29 April by surprising customers with a cheeky Neapolitan ice cream! The 168 passengers on the first flight were given a truly Italian-style send-off while they were checking in. At the other end of the same city pair, it was cakes and ribbons a-plenty in Naples to herald the start of the route which will see Jet2.com face competition from Monarch Airlines (twice-weekly), Thomson Airways (twice-weekly) and Thomas Cook Airlines (weekly). 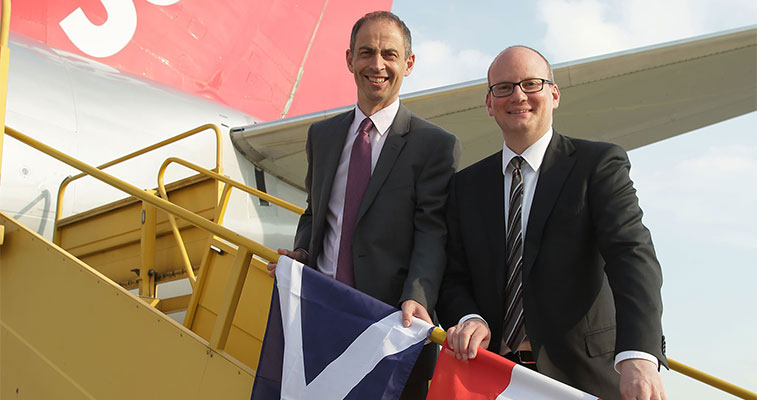 David Neill, Head of Planning, Jet2.com has had a busy week, popping up in Poland at Routes Europe, and then later in the week in Vienna, for the launch of the LCC’s new service from Edinburgh, along with Julian Jäger, Member of the Management Board, Vienna Airport.