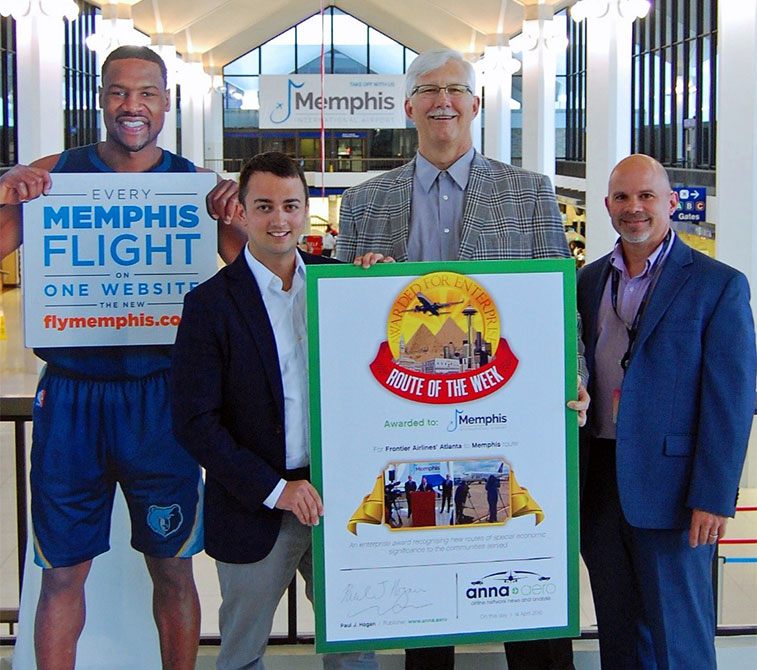 Memphis Airport this week celebrated its anna.aero Route of the Week Award win, a title awarded to the airport in recognition of Frontier Airlines’ launch to the airport from Atlanta, breaking Delta Air Lines’ monopoly on the route. Celebrating with the award are the airport’s: Will Livsey, Senior Manager of Air Service Research & Development; Scott Brockman, President and CEO; and Glen Thomas, Public Information Officer. Also celebrating with the Memphis Airport team was airport NBA spokesman and superstar, Tony Allen of the Memphis Grizzlies. Speaking to anna.aero about winning the award, Livsey said: “I’ve told the airport staff that this is like winning the Super Bowl in terms of new air service!” 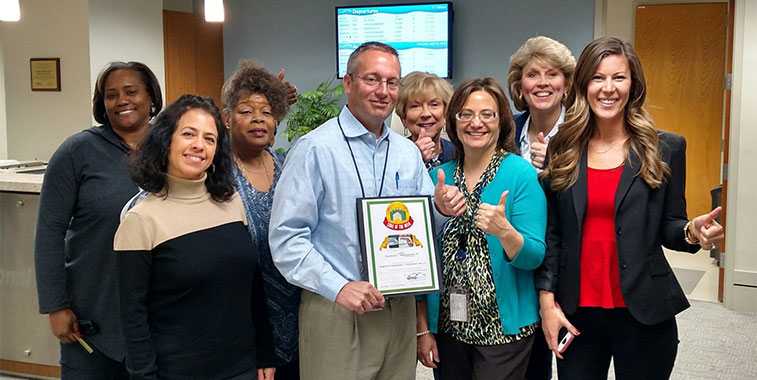 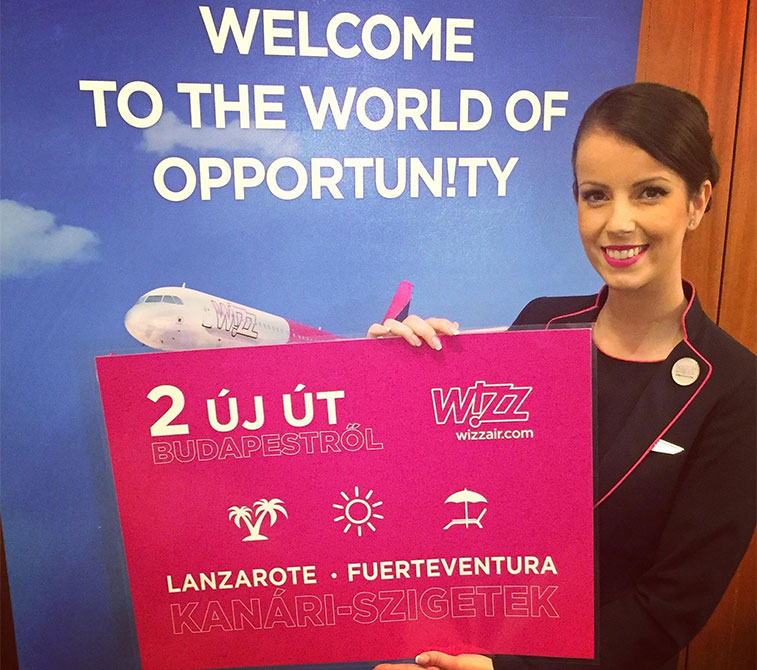 Wizz Air has announced two new routes from Budapest to Lanzarote and Fuerteventura, both of which will operate weekly and commence at the start of W16/17 season. Adding to its Tenerife South operation, Wizz Air’s new services will triple its links between Budapest and the Canary Islands, and as new destinations for both the airport and the airline, the ULCC faces no competition on either of the airport pairs. Commenting on the announcement, Kam Jandu, CCO, Budapest Airport says: “Wizz Air has seen the potential in connecting Budapest to our missing links in the Canary Islands, meaning we can now offer our passengers a full service to the four main islands of the Spanish archipelago.” 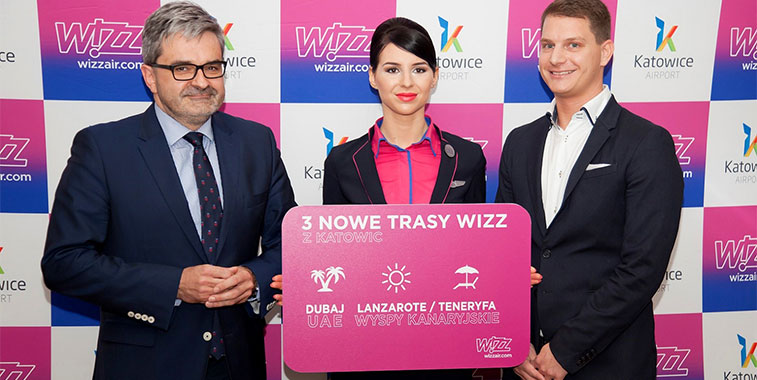 On 27 April Wizz Air announced two new routes from Katowice to Lanzarote and Tenerife South, while also confirming it will increase the frequency on its new service to Dubai Al Maktoum, which was announced a few weeks ago with an October launch date, from twice- to thrice-weekly. Gabor Vasarhelyi, Communications Manager at Wizz Air, said of the new routes: “We are thrilled to announce two exciting routes from Katowice to the Canary Islands. Both Tenerife and Lanzarote are popular beach destinations with year-round mild climate and family friendly resorts.” Seen celebrating the news is Artur Tomasik. President of the Board, Katowice Airport, along with a Wizz Air crew member and Vasarhelyi. On 1 May British Airways inaugurated A380 services to Vancouver on its route from London Heathrow. The Canadian airport welcomed the arrival with this fantastic A380 cake. “I’m delighted that British Airways is bringing the A380 to Vancouver,” said Robert Antoniuk, British Airways’ VP Customer Service, North America West. “We have been flying to Vancouver and British Columbia for over 30 years now and bringing our largest aircraft to the route is a testament to our success in this market. I know our customers will really enjoy our latest cabins along with a great entertainment system, offering plenty of options while enjoying a true British experience.” 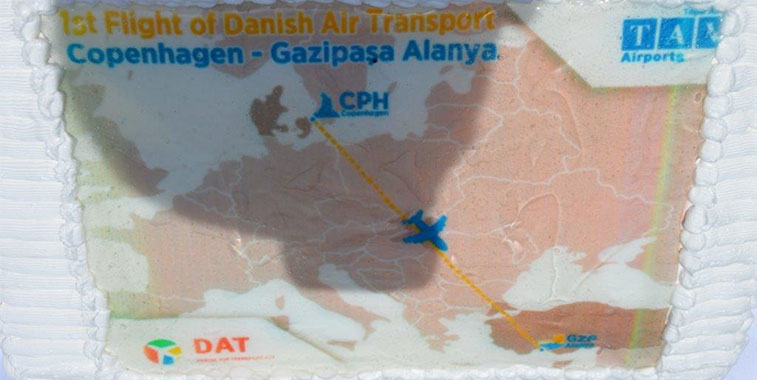 Danish Air Transport has begun services between Copenhagen and Turkey, with the start of weekly (Sundays) flights to Gazipaşa-Alanya on 1 May. The 2,610-kilometre sector will be operated by the airline’s A320 fleet, and will face direct competition from SAS, which flies the city pair twice-weekly. On 1 May Azur Air commenced services between Moscow Domodedovo and Enfidha. Güçlü Batkın, President and Director General of TAV Tunisie, operator of Enfidha and Monastir airports, said: “We are delighted to welcome Azur Air as a new airline to Enfidha Airport. This is a further confirmation of the ideal position of this airport to serve a large number of the most praised touristic destinations in Tunisia.” Azur Air will be linking Enfidha to sixteen airports in Russia on a daily basis with four flights on Tuesdays and Fridays, two flights on Mondays, Wednesdays, Thursdays and Sundays and one flight on Saturdays. The first flight landed with 239 people onboard. On 26 April, Munich Airport launched its new satellite terminal, Germany’s first midfield terminal. The facility is a continuation of the successful joint venture between Munich Airport and Lufthansa. The new facility will give Munich Airport 27 new gate positions where passengers can board aircraft directly without bus transportation. With the new satellite facility, the capacity of Terminal 2, which is used by Lufthansa and its Star Alliance partners, will be increased by 11 million to 36 million passengers per year. Munich Airport’s CEO Michael Kerkloh sees the satellite as a key element in the successful ongoing development of the airport. “With the satellite, we will not only maintain our justly renowned standards of service and overall airport experience: We will actually take them to a higher level,” Kerkloh commented. 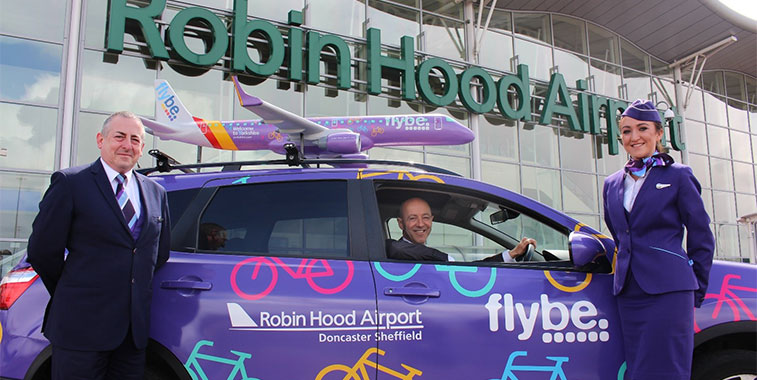 Doncaster Sheffield Airport in Yorkshire backed the Tour De Yorkshire, which came to Doncaster on Saturday 30 April. Adding to the Welcome to Yorkshire branded Flybe plane designed to celebrate Flybe’s new routes from Doncaster Sheffield, where anna.aero attended the launch, is a branded car with a mini plane on top which took part in the race procession during the event. Seen promoting the vehicle before the race was Steve Gill, MD Doncaster Sheffield and two Flybe crew members. 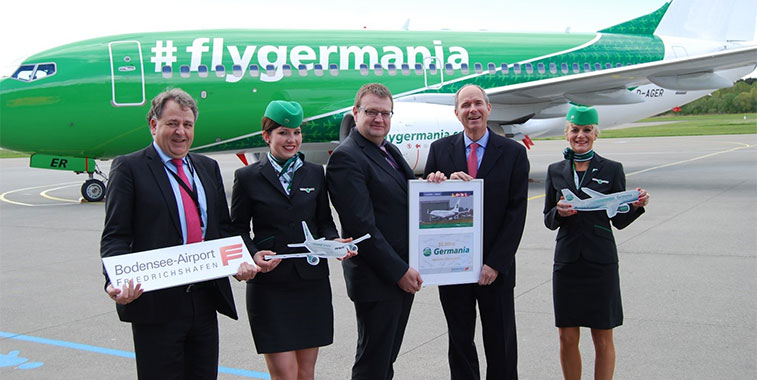 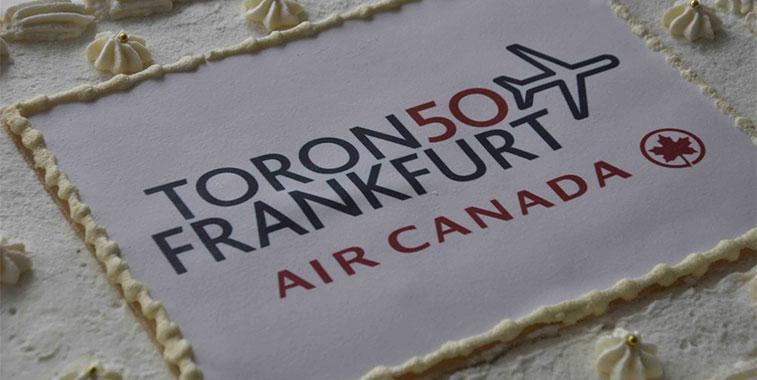 Glasgow Airport welcomed back the arrival of the first aircraft to ever land at the facility in mark of its 50-year anniversary. The Cherokee six first landed at Glasgow Airport on 1 May 1966 when it was piloted by Captain Kenneth Foster of Loganair. The all-important test flight ensured the then new airport was able to pass the rigorous tests set by the then Ministry of Aviation enabling it to officially open for business on 2 May that year. Seen with the aircraft are: Scott Grier, President of Loganair; Dugald Cameron, Airport Historian and Author; and Amanda McMillan, Chief Executive of Glasgow Airport. 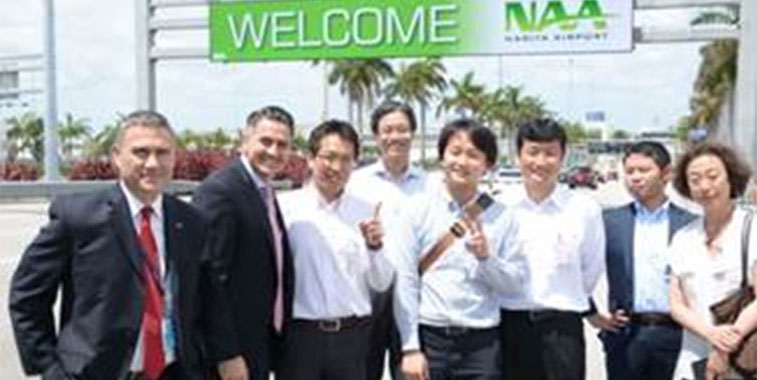 Miami Airport was host to Tokyo Narita Airport delegates on 28 April. Miami-Dade Aviation Department Aviation (MDAD) Trade and Logistics Manager Emir Pineda (far left) and MDAD Marketing Section Chief Jimmy Nares (second from left) welcome Narita Airport executives to Miami. The reason for the visit was for the Japanese delegates to learn about the massive cargo operations and redevelopment plans at America’s busiest airport for international freight. Japan is an important market in our strategic plan for cargo and passenger expansion,” said MDAD Director Emilio González. “It was an honor to host our colleagues from Narita and to discuss growth opportunities in both of our world regions.”