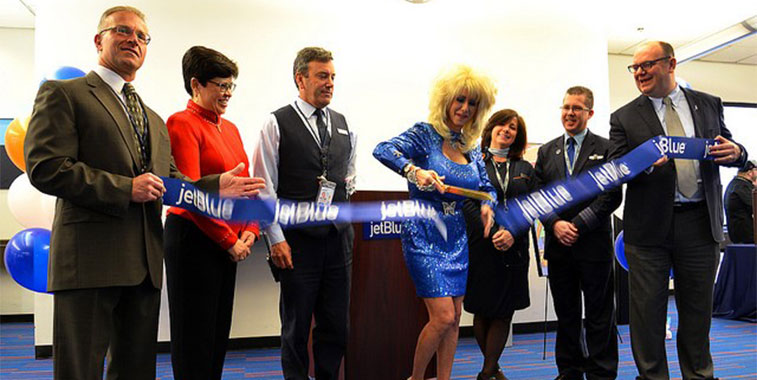 Strumming his stuff on the Nashville guitar at JetBlue Airways’ latest destination is Jamie Perry, VP Brand and Product, JetBlue Airways, while being watched over by Rob Wigington, CEO Nashville Airport, as well as airport board members. The Tennessee airport also celebrated the launch with a superb traditional route launch cake which highlights the carrier’s new routes as well as Tennessee’s heritage. Services to Boston will operate double-daily, while Fort Lauderdale rotations will occur daily.