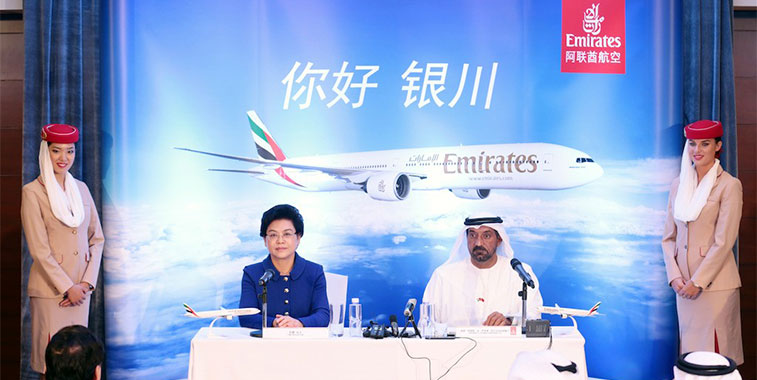 School children from the Ningxia Region performed a welcome dance for VIPs on the inaugural Emirates service from Dubai to Yinchuan. Following that, a press conference was led by Liu Hui, Chairman of Ningxia Hui Autonomous Region and Sheikh Ahmed bin Saeed Al Maktoum, Emirates Chairman and CEO. 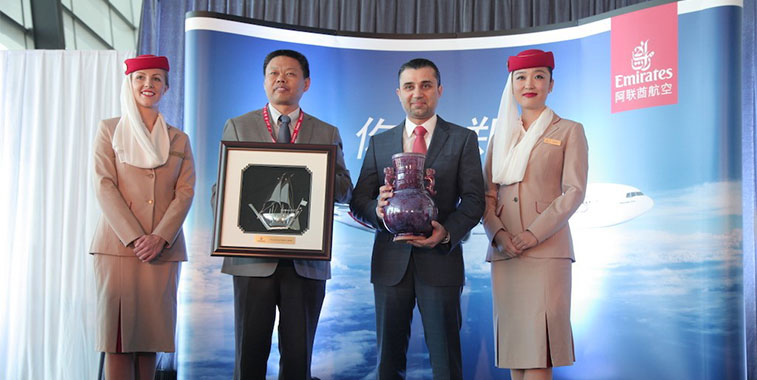