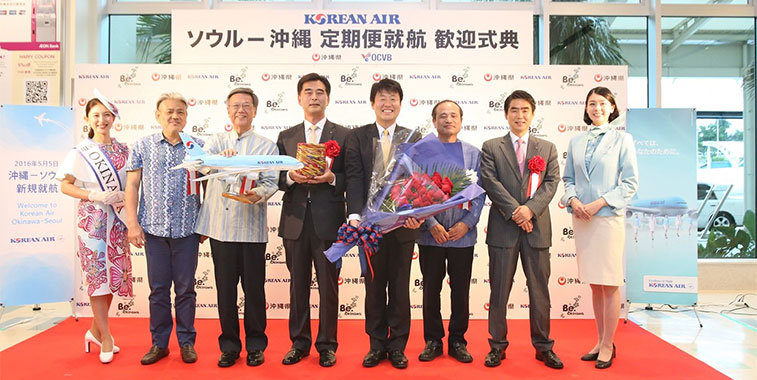 Present at the welcome ceremony for Korean Air’s new service to Okinawa from Seoul Incheon on 5 May were: the current Governor of Okinawa Prefecture, Mr. Takeshi Onaga; the President of Okinawa Convention & Visitors Bureau (OCVB), Mr. Taira Chokei; and Korean Air’s Regional Director for Japan, Mr. Kim, Jeong Soo. The new route will operate daily with a mix of aircraft.