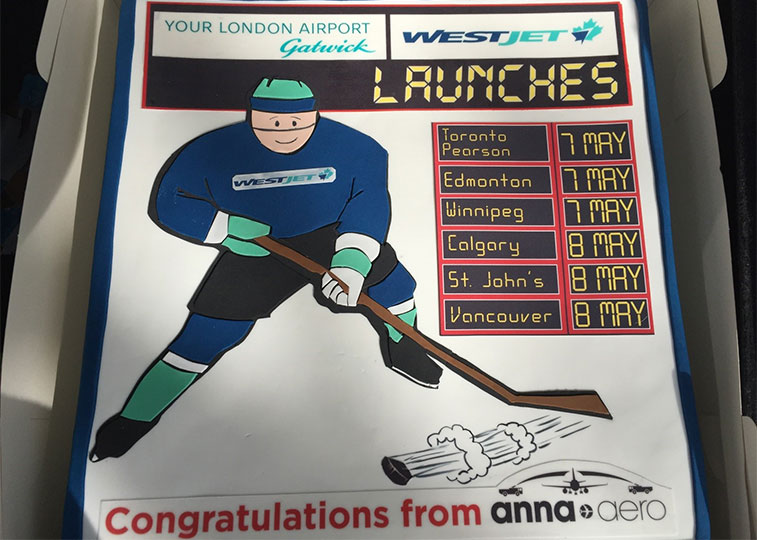 WestJet’s six new non-stop routes from London Gatwick to Canada which launched on 7/8 May were celebrated with this awesome cake commissioned by anna.aero. The Canadian low-fare airline will operate a total of 56 flights per week (28 in each direction) with Calgary and Toronto Pearson services continuing into the W16/17 season.

During the last week WestJet launched six new routes from London Gatwick to various Canadian destinations. Five of the six will use WestJet’s recently-acquired 767 wide-bodies. As a result, analysis of OAG Schedule Analyser data for S16 reveals that scheduled seat capacity between the UK and Canada is up a significant 20% compared with S15. If passenger numbers grow by a similar amount it will be the biggest annual increase in demand in the market for over 20 years. Last year 3.15 million passengers flew between the UK and Canada. For each of the last seven years the number has been between 3 million and 3.2 million, suggesting a very mature market. In fact, last year’s figure was very similar to that reported as long ago as 1998. 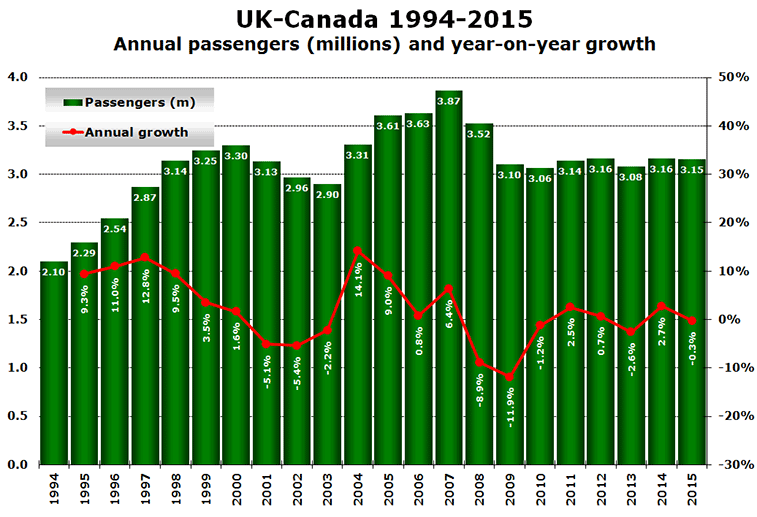 WestJet began serving the UK market in May 2015 when it launched non-stop flights from Halifax to Glasgow. This route was such a success by all accounts that the airline started looking at serving the much bigger London market. Along with Air Transat, it means that there are now three Canadian carriers in the market but only one UK carrier, British Airways. This summer there are direct services to the UK from nine Canadian airports and direct services to Canada from six UK airports. The following table summarises the number of weekly flights operated by each airline on each airport pair.

Of WestJet’s six new Gatwick services only two (Edmonton and Winnipeg) are new routes. It also means that there are now three carriers competing on the Gatwick to Toronto Pearson route.

Canada better value for Brits than the US

One factor that may help stimulate UK originating traffic to Canada is the exchange rate between the UK Pound and the Canadian Dollar. Whereas four years ago one UK pound was worth around 1.6 Canadian Dollars and also 1.6 US Dollars, the latest figures show that one UK pound is now worth over 1.8 Canadian Dollars (it was even over two at the back end of 2015), whereas now one UK pound is only worth under 1.5 US Dollars. Clearly this is not such good news for Canadians who will find visiting the UK more expensive. 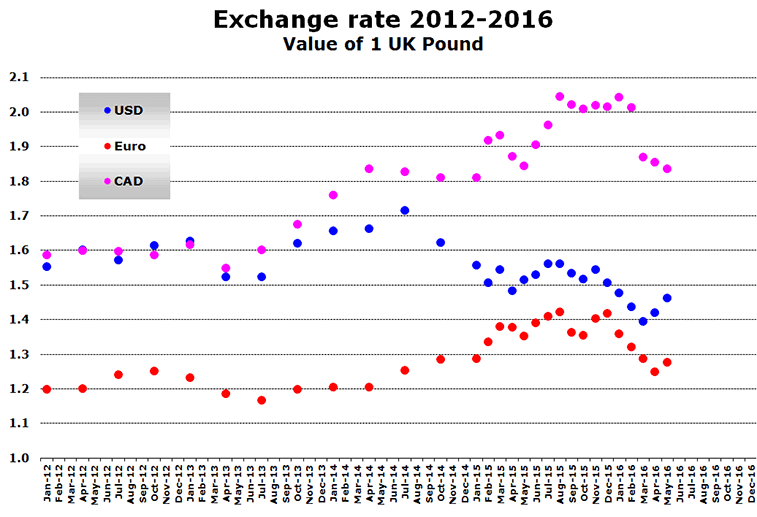 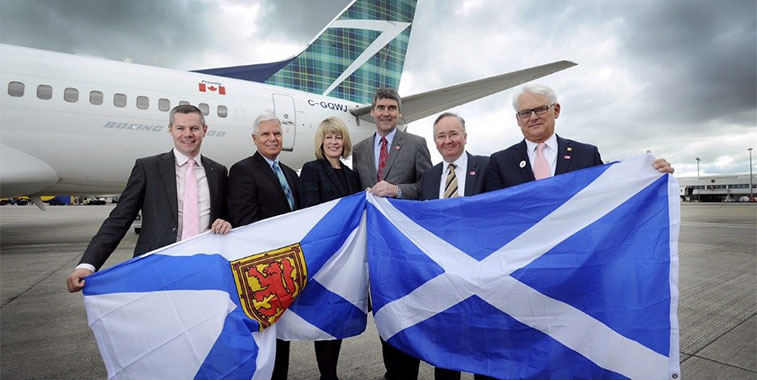 May 2015 and WestJet arrives in the UK for the first time, launching seasonal daily flights between Halifax in Nova Scotia and Glasgow in Scotland. A special tartan tail design was conceived to celebrate the first flight on a 737.