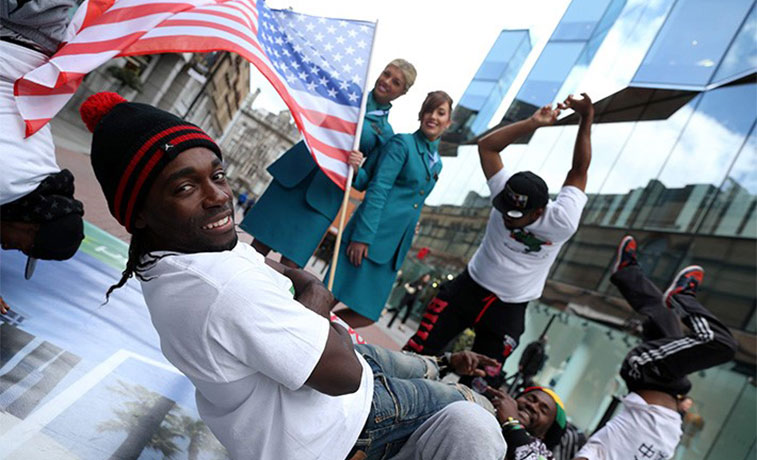 Before the inaugural flight on 4 May, Venice Beach street performance crew, The Calypso Tumblers, a group of dancers, acrobats, gymnasts and contortionists, were in Dublin to begin the countdown and help promote Aer Lingus’ new direct route to Los Angeles, a city pair which is already served by Ethiopian Airlines.