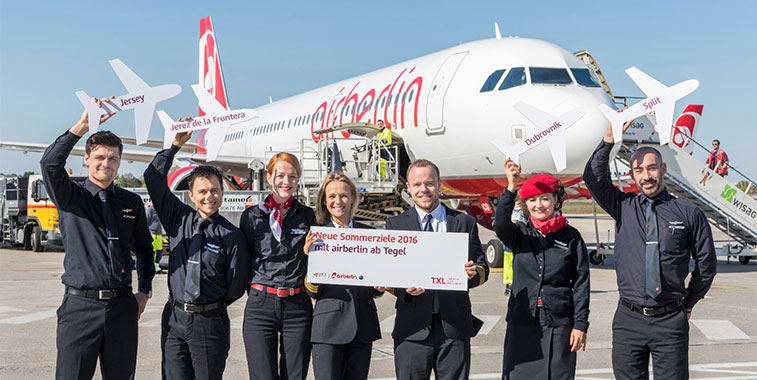 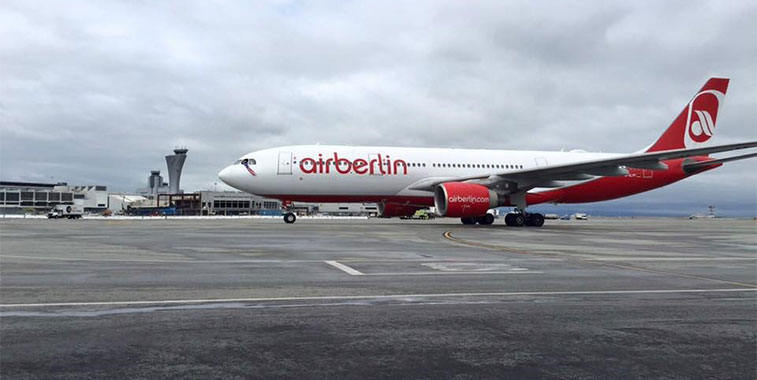 Blink and you would miss it…yes that’s a US flag being hung out of the pilot’s window on the inaugural airberlin flight from Düsseldorf to San Francisco ‒ the thrice-weekly service started on 6 May.