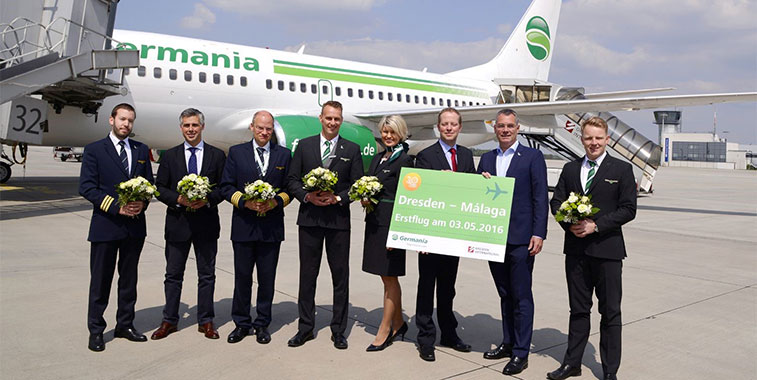 Germania launched two services to Malaga this week, the first route, commencing 3 May, was operated from Dresden, on a twice-weekly basis. The airline also started a weekly flight from the German regional airport to Paphos on 4 May. 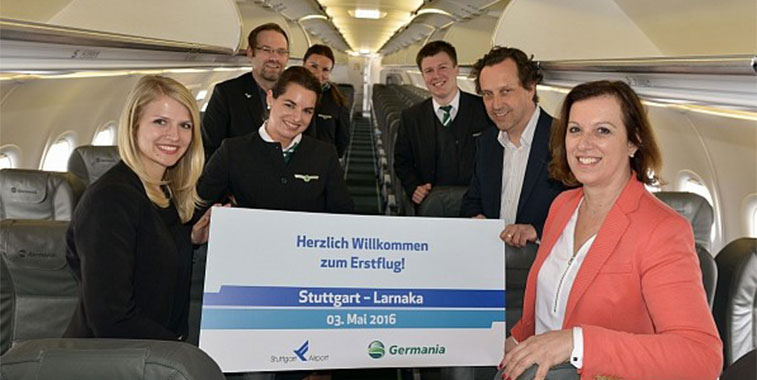 Germania launched two services to Cyprus this week, the first route, to Larnaca and commencing on 3 May, was operated from Stuttgart, on a weekly basis. It also began a weekly flight from Dresden to Paphos on 4 May. 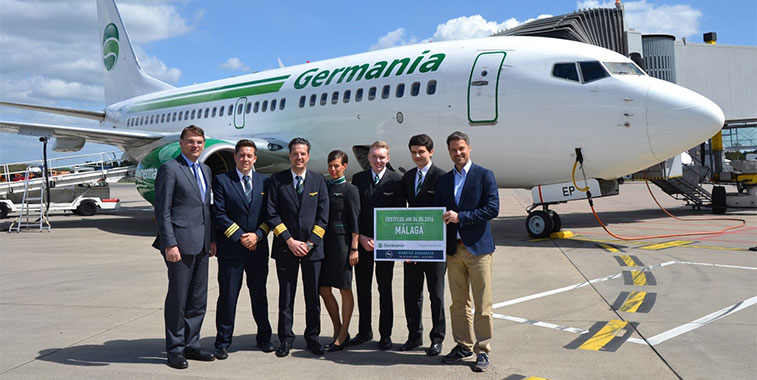 The Germania crew, included Captain Florian Jakobs (third from left), were flanked by Münster/Osnabrück Deputy CEO Thorsten Brockmeyer (left) and the airport’s Marketing Director Andrés Heinemann (right) for this photo before they left to the Costa del Sol with a full load of passengers. The route will operate on a weekly basis. 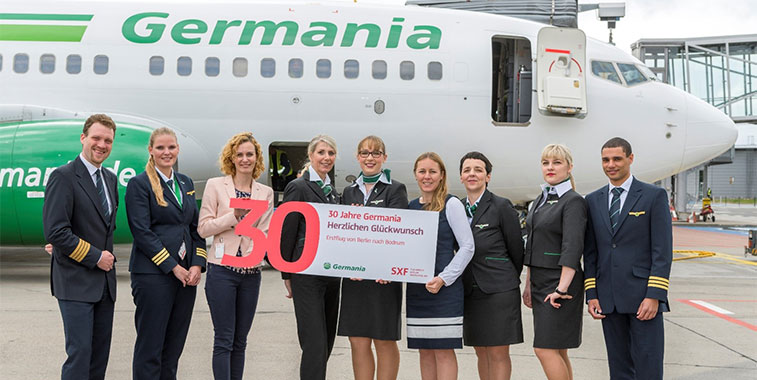 Vicky Kramer, Director Marketing Germania (third from left), and Jana Friedrich, Aviation Marketing, Berlin Brandenburg (fourth from right) promote the airline’s 30th anniversary and its inaugural service to Bodrum in Turkey, along with the first flight’s crew. The 2,007-kilometre sector commenced on 5 May. At the other end of the two new Germania services to Bodrum, the Turkish airport, operated by TAV, celebrated with a cake, and one of the biggest route launch line-ups witnessed so far in 2016 by our data elves. Far too many people to name – but you know who you were!