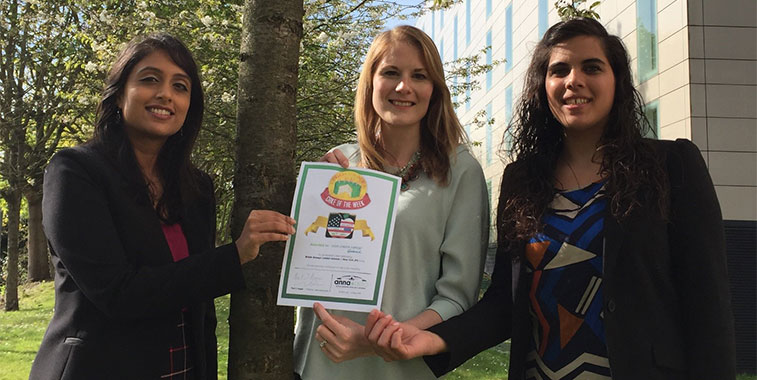 This week London Gatwick Airport celebrated its anna.aero Cake of the Week win, which was awarded to the airport in recognition of the cake presented at the launch of British Airways’ route to New York JFK, a route last served by the airline in 2009. Seen celebrating with the award are the airport’s: Dru Patel, Network Strategy Analyst; Josie Shepherd, Commercial Partnerships Manager, Airlines & Travel Trade; and Despina Kolomvou, Airline Insight Analyst. On 1 May Delta Air Lines resumed seasonal services between Pittsburgh and Paris CDG, with the US airport celebrating the return by sending off the first departure with a water cannon salute. Passengers also enjoyed a selection of cupcakes in the terminal. The service will run daily for the entire summer season, with flights running until 29 October. On the first inbound flight from CDG, travellers began using new US Customs and Border Patrol kiosks for faster re-entry processing. On 1 May Alitalia commenced services between Rome Fiumicino and Santiago de Chile. The Italian airport celebrated the inauguration with a traditional cake and ribbon cutting ceremony. Delegates that were at the ceremony included: Luca Cordero di Montezemolo, President of Alitalia; Cramer Ball, CEO of Alitalia; Ugo de Carolis, CEO of Aeroporti de Roma (ADR); and Fernando Ayala, Chilean Ambassador in Italy. Services on the 11,883-kilometre sector will operate five times weekly on the Italian national carrier’s 777-200 fleet according to OAG Schedules Analyser data. 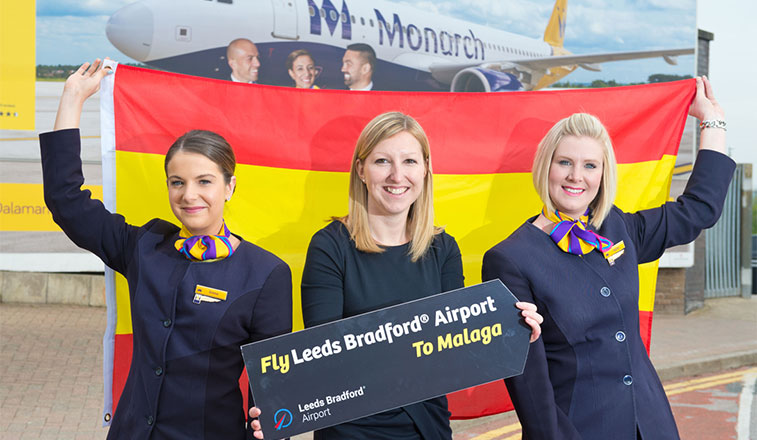 Monarch Airlines crew members Emma Helsby and Helen Wood celebrate the first week of flights to Malaga from Leeds Bradford with the UK airport’s PR and Public Affairs Manager at Kayley Worsley (centre). Launched on 1 May, flights will operate thrice-weekly on Wednesdays, Thursdays and Sundays. Tony Hallwood, Aviation Development Director, Leeds Bradford Airport, said of the launch: “I am really pleased to see the introduction of the Malaga route this summer. This service will run through winter too, serving both holidaymakers and overseas property owners throughout the year.” 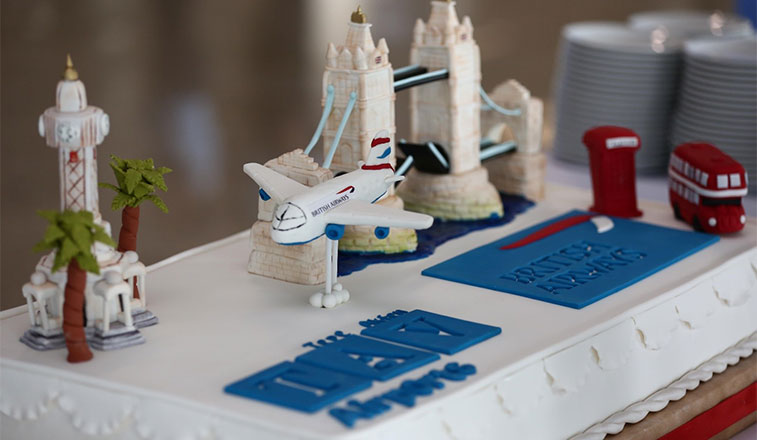 British Airways commenced charter flights between London Heathrow and Izmir on 7 May, with the first flight having 166 passengers onboard. The Turkish airport welcomed the carrier’s arrival with this impressive cake highlighting the best of the two cities. TAV Ege GM Erkan Balcı stated of the oneworld member’s arrival: “Izmir Airport is the gateway of Izmir, one of the major cities of Turkey in tourism and commerce, which is opening to the world. We have been carrying out various marketing activities to increase particularly direct international flights at home and abroad. In this manner, we are glad to have British Airways back to our flight network after five years.” 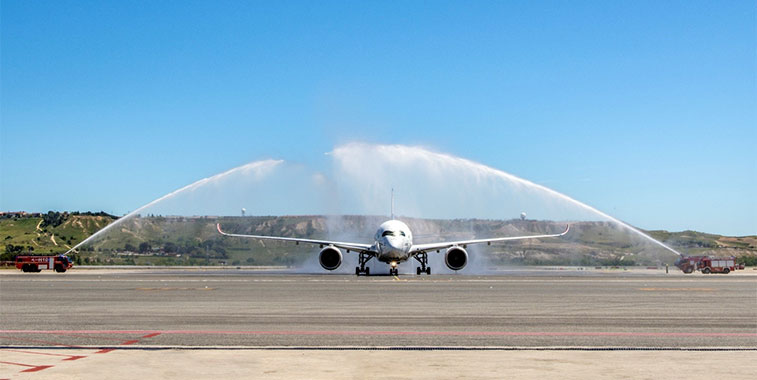 On 4 May, LATAM Airlines operated its first A350 service to Madrid, with the Spanish airport welcoming its arrival with a traditional water arch salute. The airline will use the aircraft four times weekly on its route from Sao Paulo Guarulhos, replacing 777-300 services. The latter aircraft will still operate the daily link on Mondays, Thursdays and Saturdays according to OAG Schedules Analyser data.