Cairns-Christchurch is Skyscanner-anna.aero “Unserved Route of the Week” with 30,000 searches in 2015; Jetstar’s next international route?? 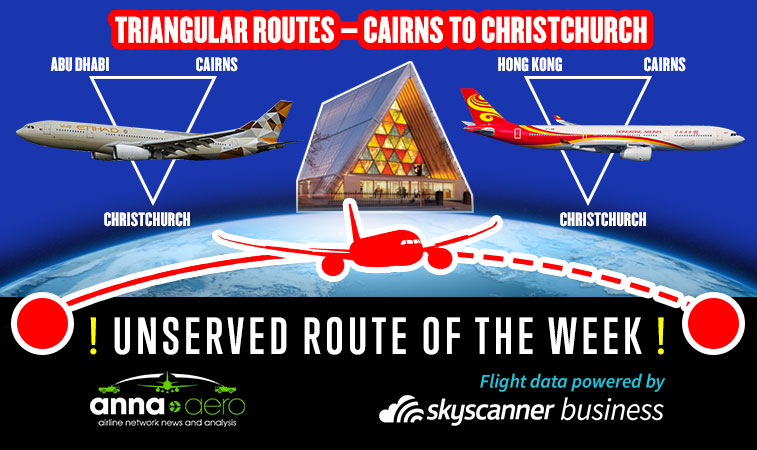 Besides Jetstar and Air New Zealand, other options for linking Cairns and Christchurch could be fifth freedom carriers. Cairns is currently unserved by any of the MEB3 (Middle East Big 3 = Emirates, Etihad Airways and Qatar Airways), while Christchurch is served by Emirates only. (In case you didn’t know Christchurch’s new “Cardboard Cathedral” – constructed of 96 cardboard tubes – symbolises the city’s rebuild after the 2011 earthquake.)

With nearly 30,000 searches last year, a potential new route from Cairns to Christchurch to has been identified as this week’s Skyscanner for Business-anna.aero “Unserved Route of Week” – a powerful new kind of analysis based on aspirational data captured from the Skyscanner.net flight comparison site used by +50 million unique visitors per month. Analysis of this prospective international route from Australia’s seventh biggest airport is perhaps fitting during the week when the country’s eighth largest and capital city of Canberra has revealed its plans for an international terminal, spurred on by the pending arrival of Singapore Airlines’ four times weekly service in September with the ‘Capital Express’ triangular sector which will also connect to Wellington in New Zealand. 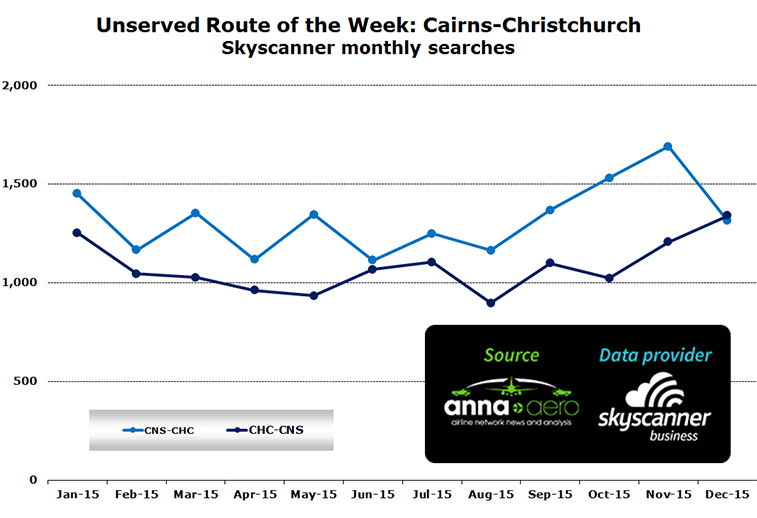 With slightly more traffic originating from the Australian end of this route ‒ a 55/45 split – this route looks like an obvious candidate for Jetstar Airways, the largest carrier at Cairns, according to OAG schedules data for the week commencing 6 May. The LCC, which currently offers 10 destinations from its sixth largest operation (after Melbourne, Sydney, Gold Coast, Auckland and Brisbane), does fly several international destinations from the airport, including Tokyo Narita and Osaka Kansai. Indeed, Jetstar’s last international route launch from Cairns was started in March last year, a thrice-weekly service to Denpasar in Indonesia.

Considering the New Zealand end of the route, Air New Zealand is probably the most likely operator, as it presently offers a twice-weekly service to Cairns from Auckland. Indeed, Christchurch’s biggest airline, does already offer service to four Australian airports from the city – namely Melbourne, Sydney, Brisbane and Gold Coast. Other options for linking the two cities could be from a fifth freedom carrier – like Philippine Airlines or Hong Kong Airlines. On 2 December, the former commenced a four times weekly operation from Manila via Cairns to Auckland, while earlier this year, the latter linked Hong Kong with Cairns and Gold Coast, so perhaps another regional carrier may wish to consider a similar operation, but this time calling in Christchurch. Putting bilateral agreements aside, Cairns is currently unserved by any of the MEB3 (Emirates, Etihad Airways and Qatar Airways) airlines, while Christchurch is served by Emirates only, so perhaps either of the other two MEB3 carriers may want to consider linking their respective hubs with these two currently unserved network points.

When looking at the last year of searches, the busiest month for potential traffic flows (for both directions on the route combined) is November 2015 with nearly 2,900, over 800 more than the lowest monthly figure, which was recorded in August 2015 (2,100). The seasonality profile of this search data is less extreme than last week’s Unserved Route of the Week (Birmingham-Bangkok), with the low-month traffic representing 72% of the highest month. According to OAG Traffic Analyser, because there is no direct service, the top three connecting options chosen by those passengers who did book travel between Cairns to Christchurch in 2015 were Sydney (39%), Brisbane (31%) and Melbourne (14%). In total, six different airports were used by connecting passengers as intermediate points between the two cities.

An O&D that is not served by a non-stop flight will typically display a low purchase rate and low traffic. In this instance Skyscanner’s Travel Insight indicates a monthly average of just 10.1% for the Cairns to Christchurch route (see graph below). Therefore, if there was a Cairns to Christchurch route, and if bookings performed in line with the “Skyscanner market average” for direct services at both airports (10.9%), the airline operating this route could immediately expect an improved purchase rate of 7.5% without any increased marketing spend. However, with nearly 30,000 annual searches, the potential city pair should already be very sustainable with perhaps a twice- or thrice-weekly operation. 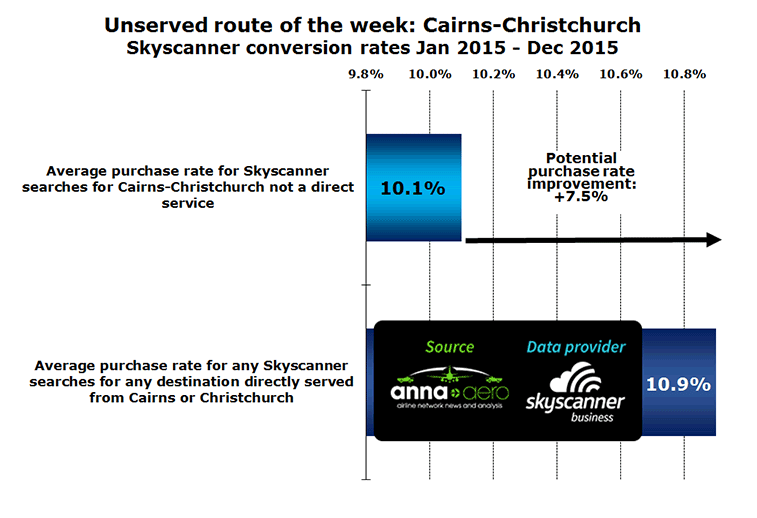 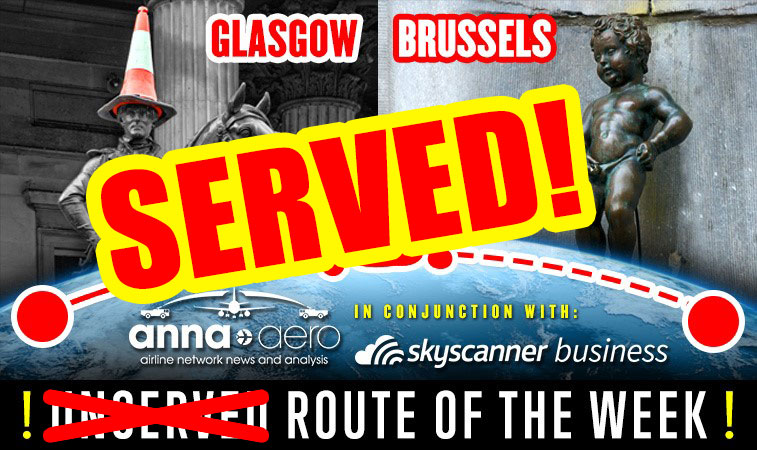 We said it should work! With over 100,000 people per year searching for flights between Scotland’s biggest city and the capital of Europe, back in February Glasgow-Brussels was our first ever “Skyscanner Unserved Route of the Week”. So it is perhaps fitting that our inaugural unserved airport pair will be the first to become served: As from 30 October, Ryanair will be launching a twice-weekly service between Glasgow and Brussels Charleroi. Don’t worry Kate (Sherry – Ryanair’s route development supremo)…you don’t have to thank us!!