Porto Airport welcomed the arrival of Wizz Air on 15 May when it launched services from Warsaw Chopin. The 2,538-kilometre sector from the Polish capital will be operated twice-weekly (Wednesdays and Sundays) on Wizz Air’s A320 fleet. To toast the arrival, the airport celebrated with traditional route launch cake. Seen posing with the inaugural crew is Ricardo Rodrigues, Marketing Aviation, Porto Airport. 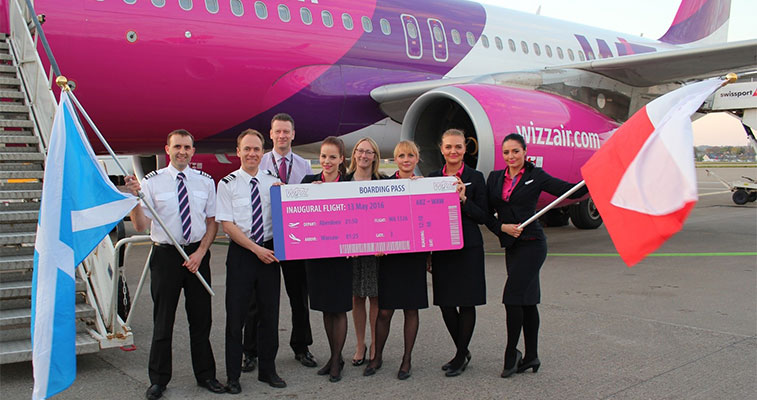 Wizz Air launched its second route to Aberdeen in the form of a twice-weekly (Mondays and Fridays) service from Warsaw Chopin on 13 May. The ULCC also serves Gdansk from the Scottish city. Celebrating the inauguration with the Wizz Air crew are George Eady, Aberdeen Airport Duty Manger (third from left), and Lynn Harwood, Route Development Manager, Aberdeen Airport (fourth right).