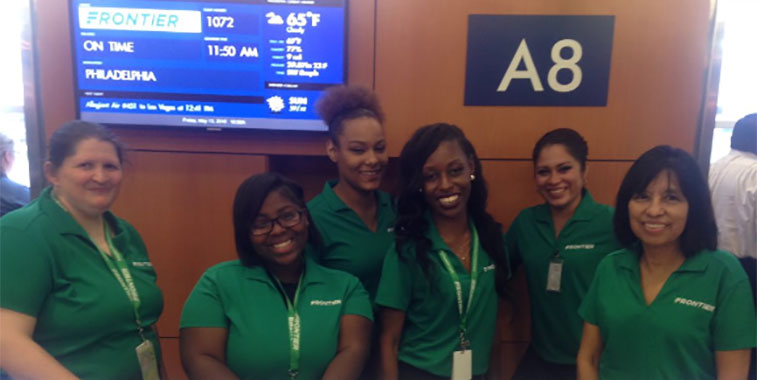 Frontier Airlines ground staff celebrate the start of the airline’s new services from San Antonio to Atlanta, Denver, Las Vegas and Philadelphia. The carrier will offer in total 18 weekly services from the Texan airport, with all routes apart from Philadelphia facing direct competition.