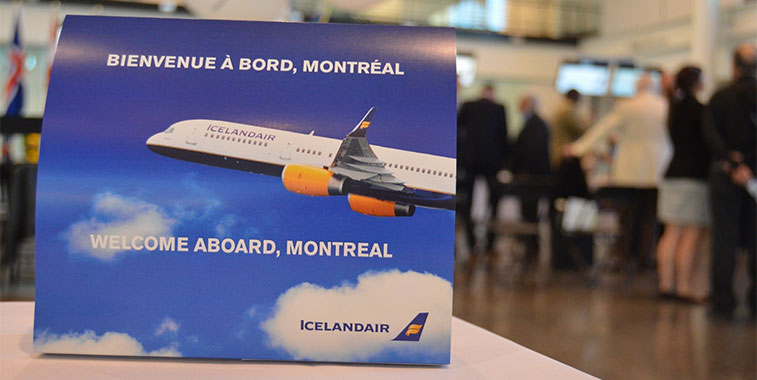 On 19 May Icelandair began serving Montreal, its fifth destination in Canada, with four weekly flights. In total, the unaligned carrier now serves some 40 destinations across Europe and North America with passenger numbers growing by more than 10% in each of the last six years.

In each of the last six years, Icelandair has reported annual traffic growth of more than 10%, with passenger numbers on international services rising from 1.3 million in 2009 to 3.1 million in 2015. No other European flag-carrier, with the possible exception of Turkish Airlines, has grown so quickly and consistently in recent years. This summer the airline, which is not a member of any of the three main global alliances, will connect its hub at Keflavik/Reykjavik to 40 destinations in Europe and North America using its traditional fleet of 26 183-seat 757s, as well as two recently acquired and refurbished 262-seat 767s. The 767s only began operating for Icelandair in May and will be used on some frequencies to Amsterdam, Copenhagen and London Heathrow in Europe as well as Boston, Chicago O’Hare and New York JFK in the US. The airline also recently confirmed that two further 767-300s will join the fleet in time for next summer’s operations. Last week saw the launch of Icelandair’s latest route, to Montreal in Canada, its fifth destination in that country. anna.aero’s Chief Analyst was on board the maiden flight and you can read his report here. The airline has been keen to exploit its geographic position between Europe and North America as a natural hub, as well as promoting Iceland as a great tourism destination. 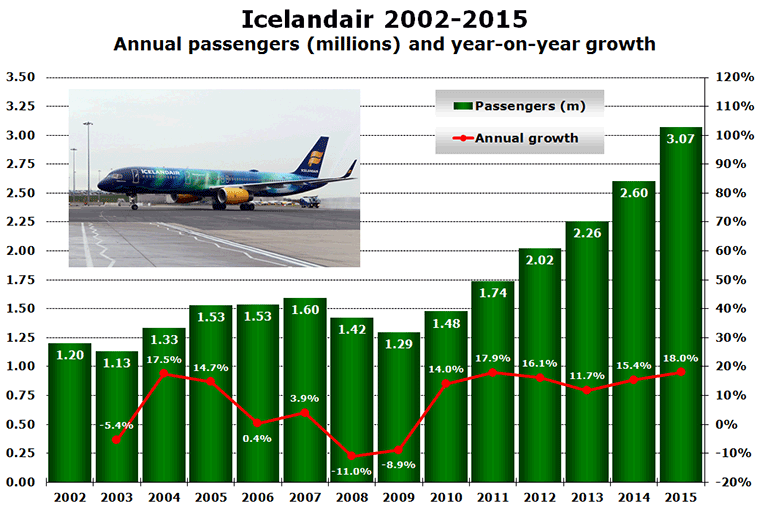 Seasonality remains something of an issue for the airline, but Iceland is becoming more of a year-round destination despite the long winter nights. Despite this, passenger numbers in the peak months of July and August are around three times higher than in the quietest month of February. 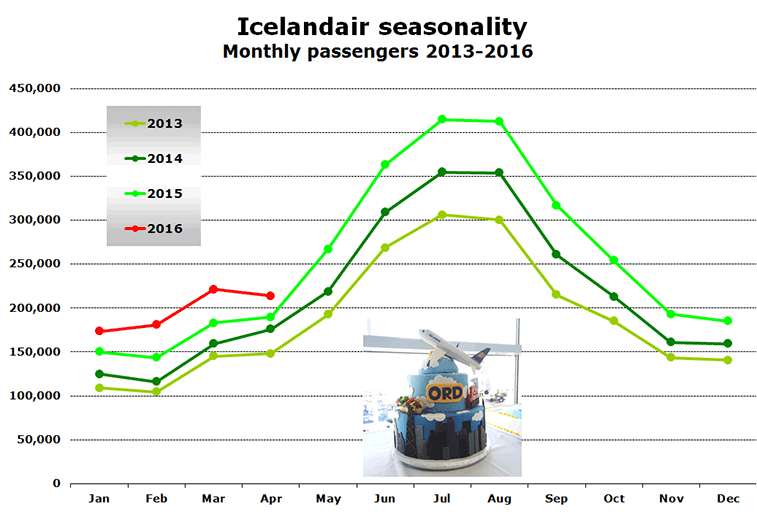 So far in the first four months of 2016 passenger numbers are up once again by 18%, helped by the extra day in February. However, including April data means that the distorting effect of the shift in Easter has been removed.

Around 50 arrivals and departures each day in summer

With the focus on connecting traffic, the airline operates a number of distinct waves at its home airport. The following graph shows the number of arrivals and departures for Icelandair during each hour on the first Monday of August 2016. There are two main waves, the first between 06:00 and 08:00 and the second between 15:00 and 18:00. In addition there are two smaller peaks between 09:00 and 11:00 and again between 23:00 and 02:00. As a result there are 13 hours in the day when there are either no Icelandair flights or just a single one at Keflavik/Reykjavik. 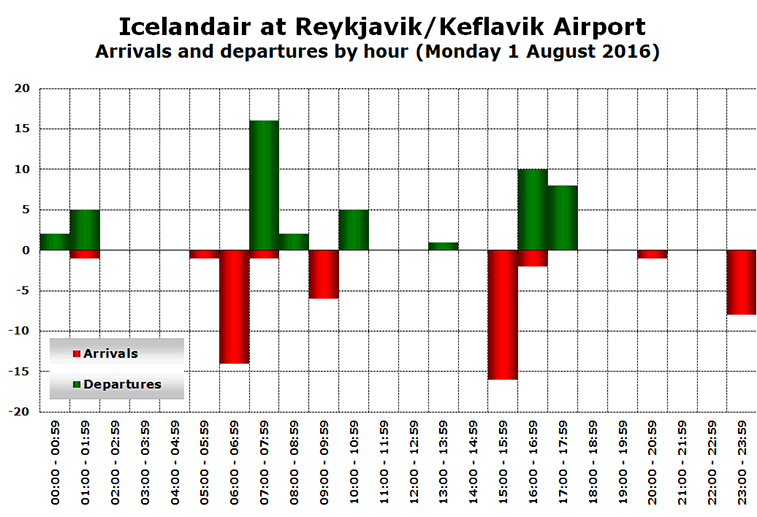 Since the beginning of 2014, Icelandair has launched a total of nine new routes as well as shifting Orlando flights from Orlando Sanford to Orlando’s main airport. Five of these new routes have been to North American destinations (three in Canada and two in the US) and four in Europe, of which two are in the UK (Aberdeen and Birmingham), with one each in France (Paris Orly) and Switzerland (Geneva). The Paris Orly service complements the airline’s existing service to Paris CDG. All of these routes were started by the airline’s 757s with the exception of the recently launched route to Aberdeen, which is flown on Icelandair’s behalf by its domestic and regional subsidiary Air Iceland using its recently acquired Q400s.

By taking into account sector length, weekly frequency and aircraft size, we can determine which are Icelandair’s biggest routes, as measured by ASKs (Available Seat Kilometres). Boston Logan Airport in the US comes top of this ranking thanks mainly to the fact that it is served with thrice-daily flights. North American destinations (shown in bright green) claim seven of the top eight places, with Copenhagen the only European destination in the top eight thanks to its 32 weekly flights. 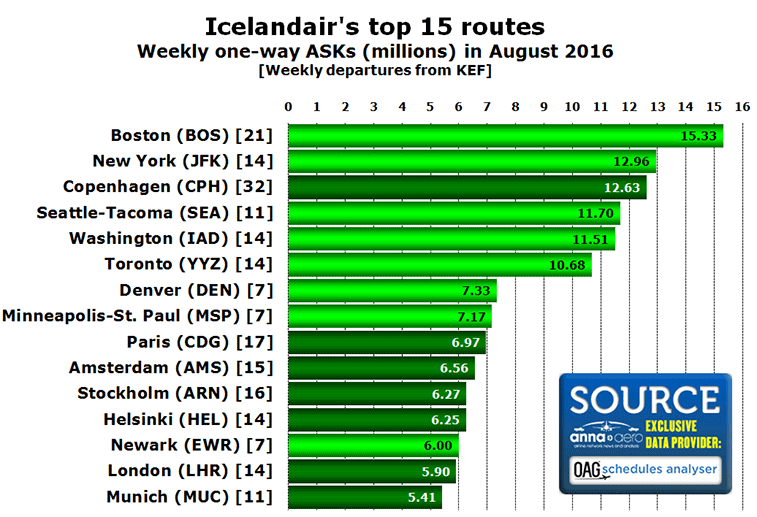 On 9 March 2016 Icelandair began four times weekly flights to Aberdeen in Scotland using a recently acquired Q400 operated by its domestic and regional subsidiary Air Iceland. Having started Birmingham flights in 2015, Icelandair now serves a total of six airports in the UK, the others being Glasgow, London Gatwick, London Heathrow and Manchester.