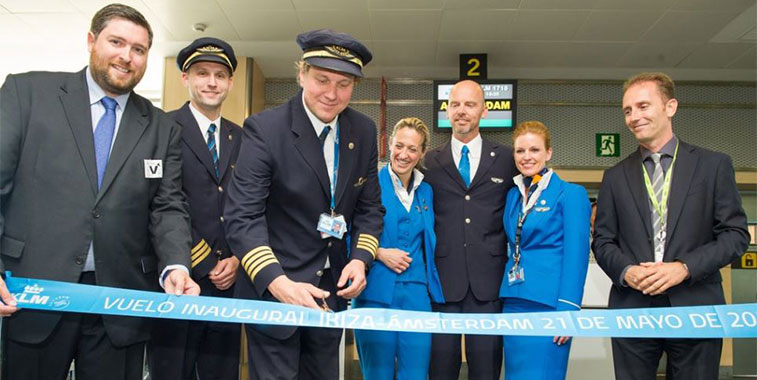 On 21 May, KLM started weekend services to Ibiza, an operation which will be gradually increased to daily by the summer peak. Roberto Llamas, Ibiza Airport Director (right) received the captain and the crew of the first flight at the boarding gate with a ceremonial ribbon-cutting.