Jet2.com gets all romantic with Verona route launch “Where for art thine route launch cakes Romeo?” Linking the homes of Robin Hood (East Midlands serves Nottingham) and Romeo & Juliet (Verona) with a weekly service from 18 May was Jet2.com. 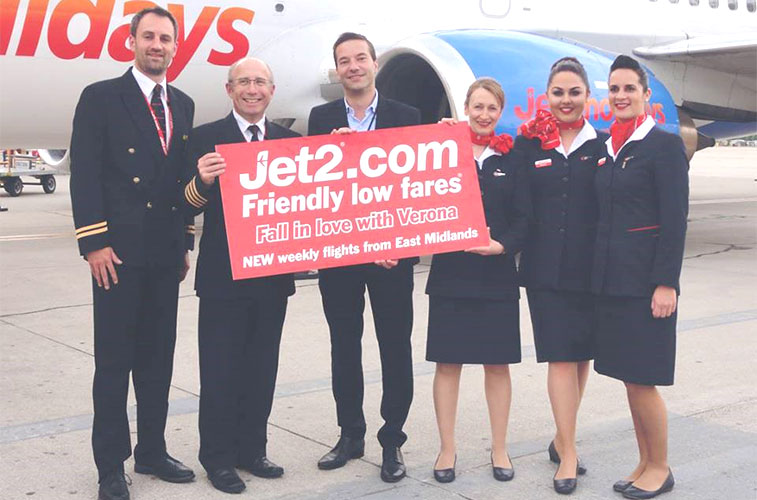 At the other end of the East Midlands to Verona route there was no sign of Robin Hood, but there were some on-apron festivities with the inaugural crew and Claudio Faustini (centre), Head of Commercial Aviation & Network Development at Verona. The Italian city is also served by Jet2.com from Edinburgh and Leeds Bradford. 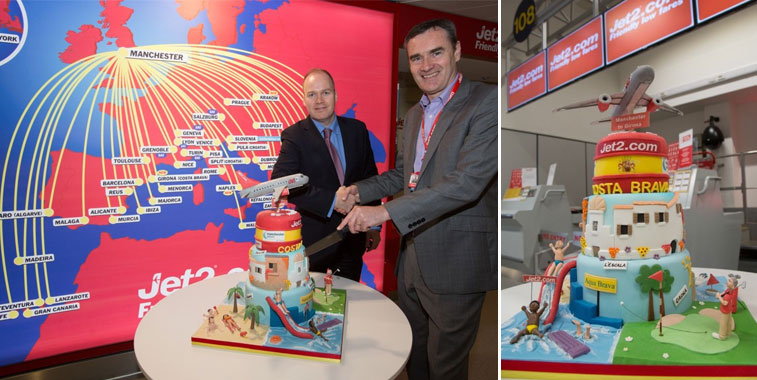 What a tempting towering treat! Doing the cake-cutting duties at Manchester were Patrick Alexander, Head of Marketing Manchester Airport and Phil Ward MD at Jet2.com. The LCC launched twice-weekly services to Girona from the airport on 20 May. Not one route launch cake – but three!! Aena’s Girona Airport welcomed twice-weekly services from Glasgow, Manchester and Newcastle in the last seven days These new operations represent the airline’s only flights to the Spanish airport.