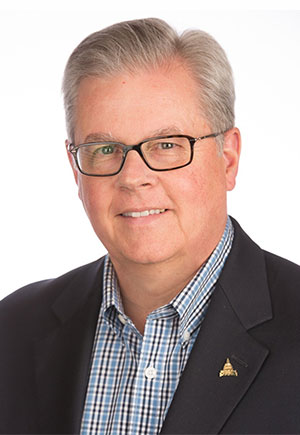 Kevin Burke, President and CEO, Airports Council International-North America, takes a moment to speak to anna.aero to discuss why it is a great opportunity for airlines and airports to attend next month’s JumpStart® in Denver.

Airports Council International-North America’s (ACI-NA) JumpStart® Air Service Development Conference is a stand-alone event concentrating on route development within the North American continent. The 2016 JumpStart® Conference will take place in Denver from 13-15 June at the Denver Marriott City Center, and will begin with a full day of educational sessions followed by two days of airport to airline one-to-one meetings. The airline keynote speaker this year is President and CEO of Denver-based Frontier Airlines Barry Biffle. anna.aero will also be in attendance where for a second year running it is producing one of its show magazines. In addition, on 12 June, there will be a Small Airports Committee Meeting. With industry big hitters like American Airlines, Delta Air Lines, United Airlines being joined by delegates from LCCs Allegiant Air, Southwest Airlines and Spirit Airlines, and many new start-up carriers such as Jetlines and NewLeaf, as well as over 130 airports, the conference is in good shape to generate new routes and relationships. In the run-up to this event, anna.aero caught up with Kevin Burke, ACI-NA President and CEO to discuss his plans and expectations for this year’s conference.

anna.aero: “What would you say are the main challenges facing regional US airports in developing new air services in today’s market?”

Kevin Burke: “North American airports continue to feel the long lasting pressures of airline consolidation. With just four major carriers dominating 85% of the US market and three major carriers holding more than 60% of the Canadian market, landing new air service is difficult. In Canada, passengers are expecting smaller airports to be well connected to the United States. In the US, a growing number of passengers are calling on medium hub airports to offer service to long-haul international destinations. These opportunities, while exciting, are very challenging for airports to achieve. To help our members on this front, ACI-NA has been working closely with our Air Service Working Group, a member-driven task force, to develop more tools and resources to help airports of all sizes be more successful in their mission to connect their communities to the world.”

aa: “ACI-NA has been hosting its JumpStart® Air Service Development Conference for many years. What makes the 2016 JumpStart® unique to past events?”

KB: “Following the great success of our 2015 event, our team immediately began work on a plan to make 2016 even better. It wasn’t easy. We started with our airline partners because that drives the attendance for an event like this. We worked closely with airline network planners to increase the number of airlines attending and the number of airline network planners able to meet with airports. We are so pleased with the result. So far we have 33 airlines confirmed.”

aa: “How much bigger is this year’s event compared to last year?”

KB: “The 2016 ACI-NA JumpStart® Air Service Development Conference is shaping up to be our biggest yet. We have more airlines than we’ve ever had, including several Latin American carriers like Copa Airlines, Volaris and VivaAerobus. We also have many airlines attending JumpStart® for the first time, such as Elite Airways, OneJet, and PenAir.” 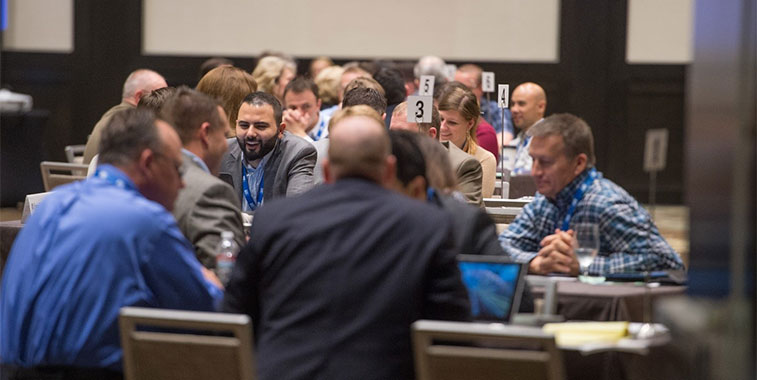 JumpStart 2016 is expected to see over 1,300 one-on-one meetings taking place, surpassing last year’s Seattle-hosted event by nearly 200. It is no surprise therefore that carriers including Elite Airways, OneJet, and PenAir are making sure that they don’t miss out on the action this year, with all three attending JumpStart for the first time.

aa: “You seem to have most of the key US and Canadian airlines attending JumpStart®. Are there any others you would love to attend? Is there potential for more international carriers to attend this event?”

KB: “There is a strong recognition among the US and Canadian carriers about the importance of JumpStart® as a way to meet or continue dialogues with North American airports. In a survey we conducted last year, 32% of our members said their biggest air service opportunity came from new transborder and transoceanic connections. To help us satisfy that need, we had to develop a strategy to grow international airline attendance, which we’ve been able to do. As the demand for travel increases, we only expect international demand to grow and we look forward to the opportunity to add more international carriers.”

aa: “How many air service development (ASD) meetings are forecasted to take place over the event this year in Denver?”

KB: “We have worked closely with our airport members and the attending airlines to create custom schedules for each attendee. By the end of JumpStart 2016, there will have been more than 1,300 one-on-one meetings – nearly 200 more than 2015.”

KB: “Recruiting and retaining air service is a big job, but airport resources are limited. On average, North American airports only have 1.9 staff members dedicated to air service development. 33% of our members do not have a single dedicated air service staff member. In addition to one-on-one meetings, JumpStart® offers both education and training. There is a lot of value in what our event is able to offer. That’s the beauty of JumpStart®. It brings the entire industry together in a really affordable way.”

aa: “Is the selection of a great host city important in boosting attendance? What were the main factors which resulted in Denver hosting this year’s event?”

KB: “Denver has been such a gracious host partner for this year’s JumpStart®, and the city’s location could not be more perfect. The airport has a strong record of success in recruiting and retaining airlines, so it will be nice for the industry to see that record first hand. Having the right host partner at the right time is what makes our even successful each year.” 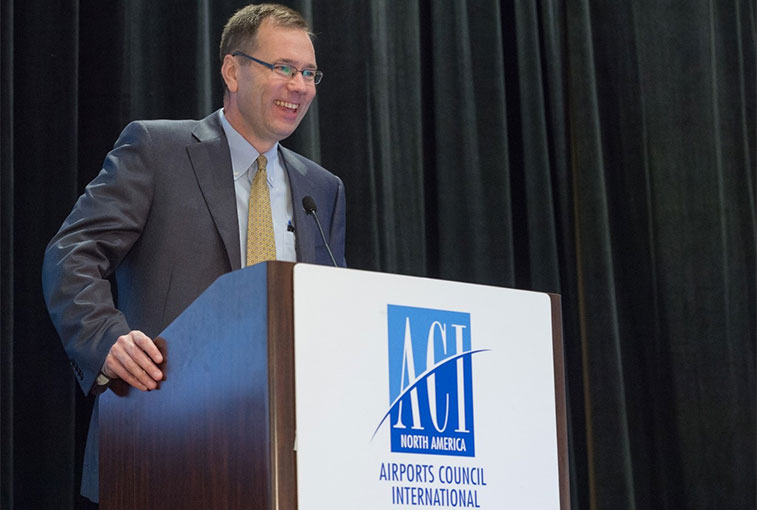 Not only is JumpStart an event for airlines and airports to discuss new route opportunities, but also a chance for aviation leaders to come together to discuss the challenges facing the US aviation industry. Seen speaking at last year’s conference is Brad Tilden, CEO and President of Alaska Airlines. This year’s airline keynote speaker is Barry Biffle, President and CEO of locally-based Frontier Airlines.