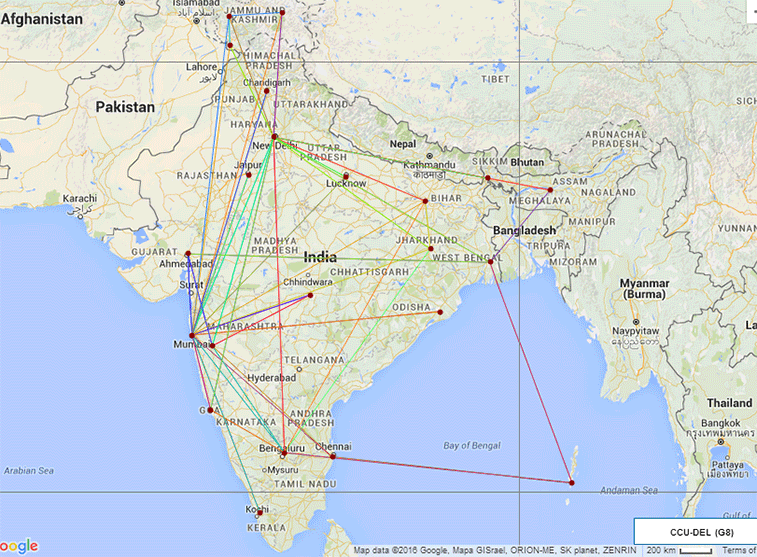 Domestic animal. Despite being founded in November 2005, which means it satisfies one of the criteria laid down by the Indian authorities to fly international sectors (operating for five years), GoAir is resolutely keeping its network focussed solely on domestic flights – for now perhaps. With 19 aircraft currently in its fleet, its outstanding order for six A320neos will see it pass the second major consideration for international flights – having 20 aircraft.

India’s fifth largest airline, behind IndiGo, Jet Airways, Air India and SpiceJet, GoAir moved into this position in 2012 following the demise of Kingfisher Airlines. According to DGCA statistics GoAir’s share of the Indian domestic market last year was 8.5% as it transported 6.9 million passengers. In the first quarter of 2016, while passenger numbers have increased by 14% to 1.87 million, its share of the rapidly-growing domestic market has fallen from 8.8% in Q1 2015 to 8.1% in Q1 2016.

It is the biggest carrier in India yet to operate international flights, despite being established in 2005 and operating 19 aircraft (according to ch-aviation). This is relevant as Indian regulations require that an airline must have been operational for a minimum of five years and have a fleet of at least 20 aircraft. According to the airline, this is a planned strategy due to the tough aviation environment in India and to allow it focus on maintaining profitability rather than on capturing market share and increasing the destinations and fleet size. Whether this will change when the LCC receives the six A320neos it has on order is not clear at this time. 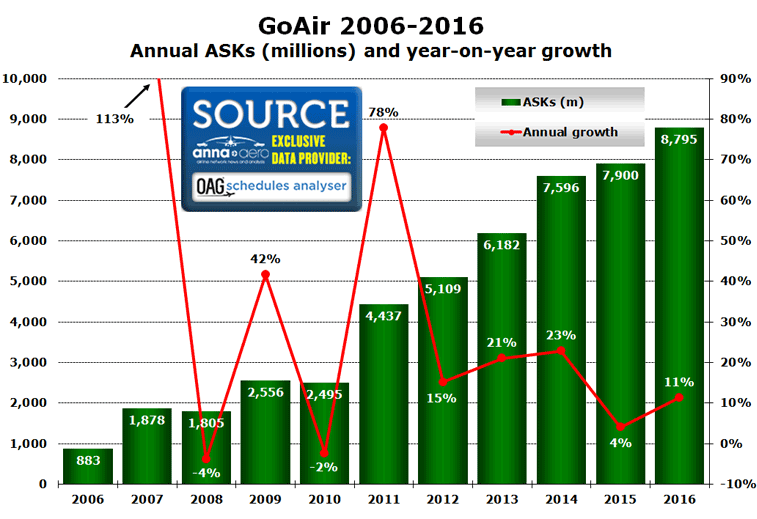 Despite the airline’s strategy for managed profitable growth, GoAir is planning to increase its ASKs by 11% year-on-year in 2016. As there are seven months of 2016 to come, this figure still has significant potential for fluctuation. The LCC’s weekly seats will also grow by a similar amount, with 13% more available versus May 2015. This rate of capacity increase is way below the average level recorded since 2006, which is 30%.

GoAir’s network has been maintained at the same 22 Indian airports which were operated in the corresponding week last year. Indeed, the last new routes our data elves could unearth were way back in November 2014, when the airline began flights between Bhubaneswar and Delhi, Kolkata and Mumbai. Additionally, looking ahead, GoAir has no new routes planned. 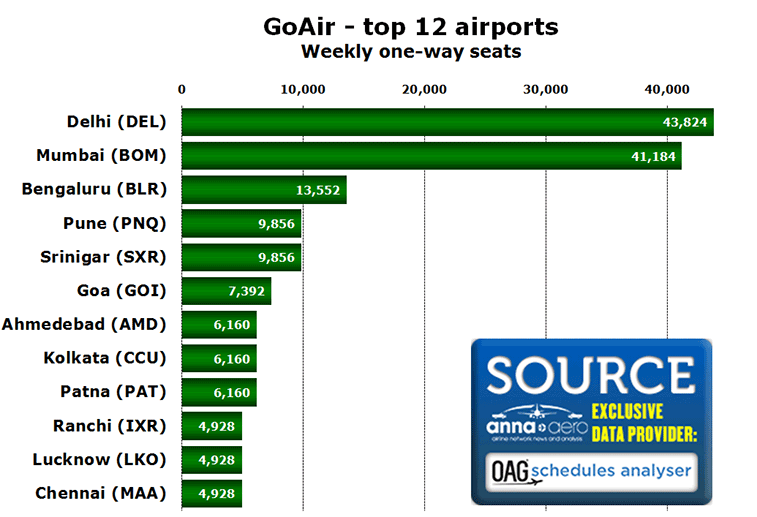 The biggest annual growth of the top 12 airports was experienced at Ranchi, which has witnessed a 100% spike in its weekly one-way capacity. The capital of the Indian state of Jharkhand beat its nearest rival (based on this metric) Ahmedabad easily, despite its far-from-sluggish 67% growth. Only one of GoAir’s largest airports has had its weekly seats cut since last May, with Kolkata dropping by a significant 29%.

While researching this article, our data elves looked at the airline’s website for inspiration, where they were intrigued by the advert below. Being inquisitive souls, they decided to see if the airline reduced its flying programme on Tuesdays, as it potentially has some difficulties in shifting seats on that day of the week. Their analysis for the week commencing 23 May reveals little variance (see graph below), with the busiest days of the week ‒ Mondays, Thursdays, Fridays and Sundays ‒ only 2.7% bigger than the quietest – Tuesdays and Wednesdays. By contrast, for US ULCC Allegiant Air, this figure is 87% ‒ the difference between its quietest (Tuesday) and busiest day (Friday) of the week, whereas for Ryanair it is 3.6% (again Tuesday vs Friday). 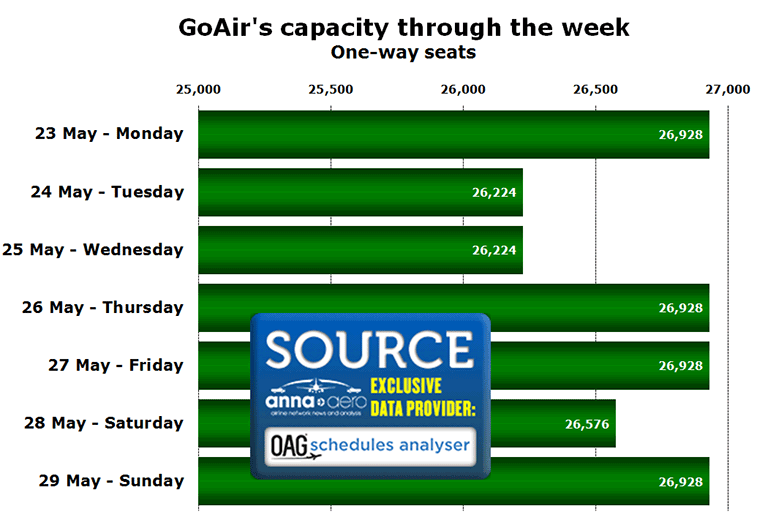 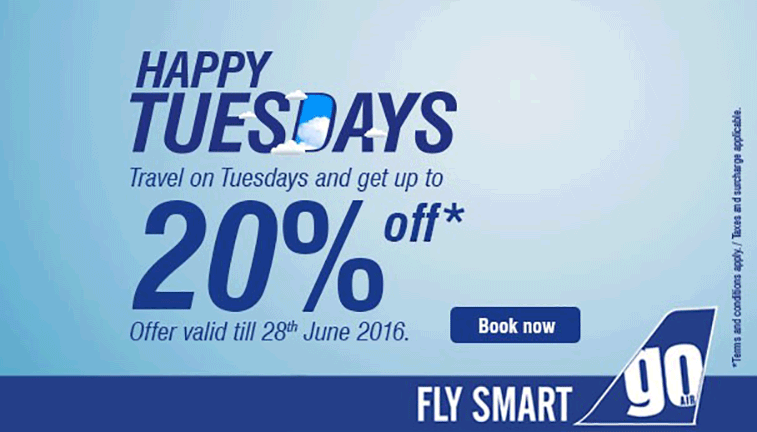 Happy Tuesdays. Despite offering substantial discounts to fly on a Tuesday, GoAir operates 97.3% of the capacity on that day of the week that it flies on its busiest days  – Monday, Thursday, Friday and Sunday.