Southampton celebrates Cake of the Week win for KLM arrival 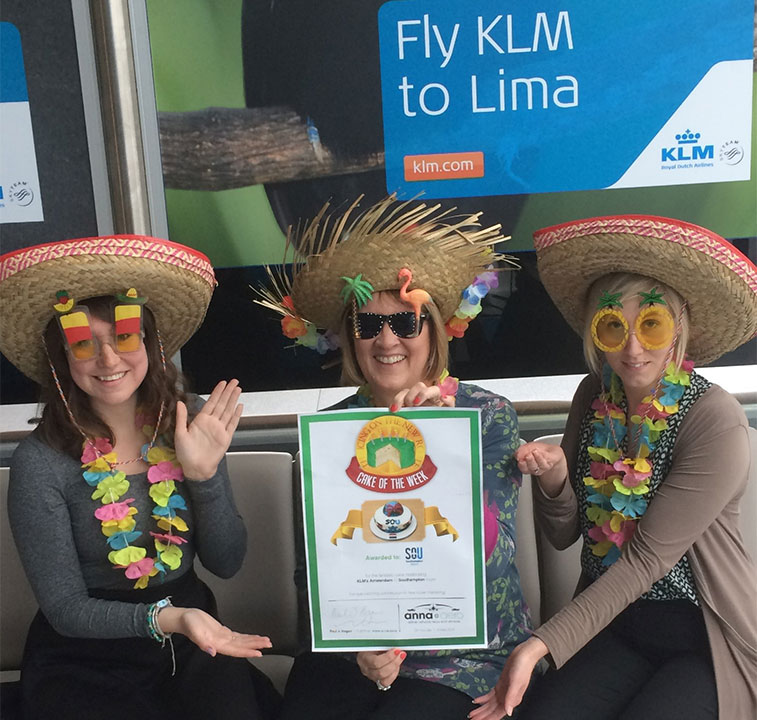 Southampton Airport this week celebrated its Cake of the Week win for the fantastic cake presented at the launch of KLM’s new service to Amsterdam, with the culinary delight showcasing the vast connection opportunities from the SkyTeam member’s hub. Seen displaying the airport’s award in a very tropical style, while also promoting the onward connection opportunities to Peru, are the airport’s: Elise Smith, Marketing and Communications Assistant; Jan Halliday, Marketing and Communications Director; and Holly Harvey, Digital and E-commerce Executive. 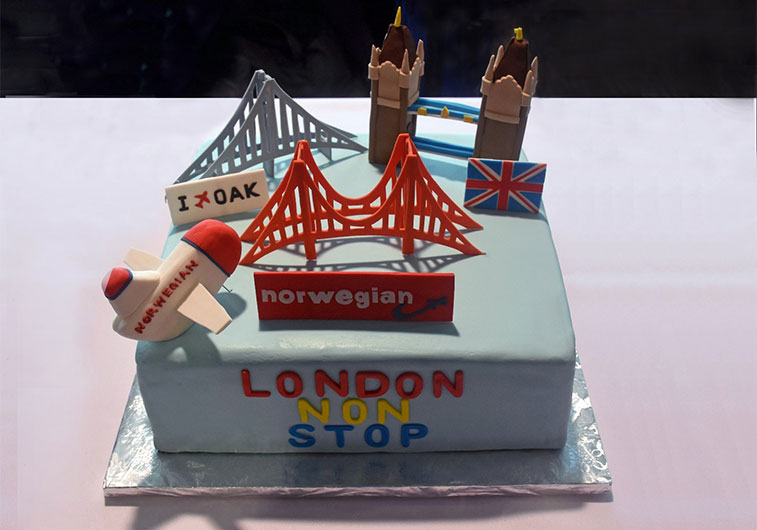 Oakland Airport welcomed the arrival of Norwegian’s new service from London Gatwick on 12 May, with the Californian airport celebrating the LCC’s new route with this cake. Services will be flown thrice-weekly facing no incumbents. Commenting on the launch, Bryant Francis, Port of Oakland’s Director of Aviation, said: “This is a significant development for travellers on both sides of the Atlantic. Norwegian has made a very smart move connecting two globally leading metropolitan areas in a way that is convenient and affordable. Now, nearly four million East Bay residents are able to travel to this top European destination using the airport closest to their homes and businesses while enjoying award-winning service at very attractive prices.” Hainan Airlines has announced that it will sponsor the UK Chinese Dragon Boat Festival along with Manchester Airport, with the race taking place on Sunday 5 June in Salford Quays. Established in 2012, the UK Chinese Dragon Boat Festival sees over 30 teams battle it out in front of a 10,000 strong audience over a 200-metre course. Each boat is decorated as a Chinese Dragon with teams of 12 crew – 10 paddlers, one drummer and one steersman. The partnership is perfectly timed for the carrier’s launch of services to the UK airport which will occur on 10 June. Seen celebrating the news of the sponsorship deal are: Stephen Turner, Commercial Director Aviation, Manchester Airport; Dr Yanzhong Xu, Chairman, Xinhua Chinese Association (XCA); Xuebing Li (XCA); and Ryan Zhang of Hainan Airlines. 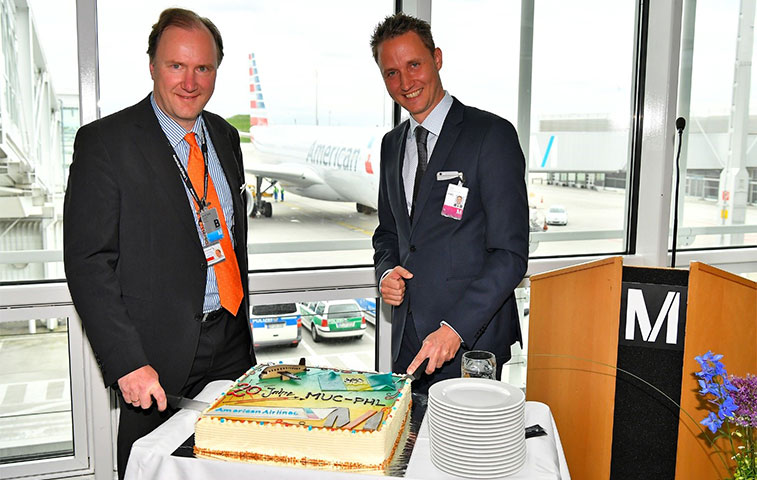 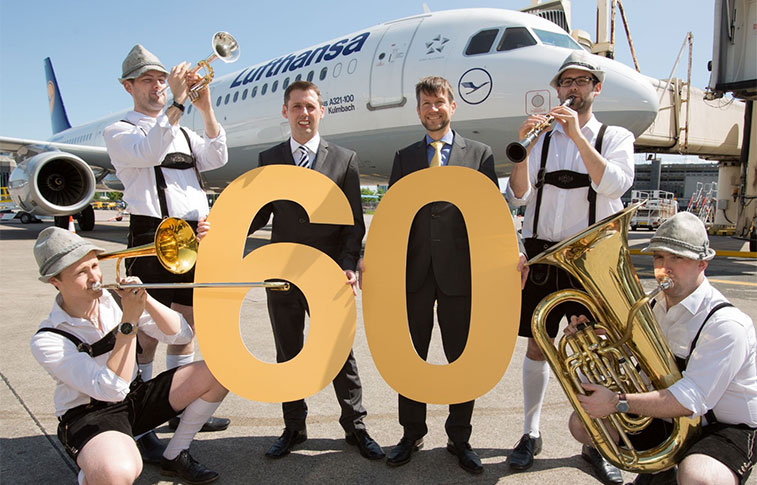 On 24 May Lufthansa celebrated its 60th anniversary of operations to Manchester. Christian Schindler, Lufthansa Group Regional Director for the UK & Ireland, commented on the news by saying: “We are on target to hit the one million passengers a year mark at Manchester for 2016. It proves once again that the majority of air travellers value the long standing commitment that the Lufthansa Group has to its North West passengers along with its reliable full service offering. Lufthansa, SWISS, Austrian Airlines and Brussels Airlines will all continue to be attractive for business and leisure travellers.” The German national carrier currently serves Frankfurt and Munich from Manchester, while Eurowings operates to Düsseldorf and Hamburg, with germanwings connecting to Cologne Bonn. Seen celebrating the anniversary in Manchester are Schindler and Rad Taylor, Operations Director, Manchester Airport.