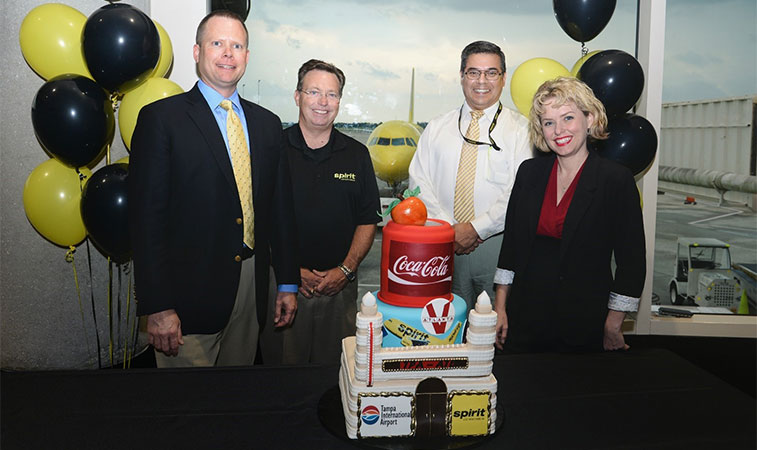 Following our recent analysis of identifying the leading airports for generating connecting traffic through the three MEB3 home hubs of Abu Dhabi, Doha and Dubai, this week we undertake a similar analysis for the four busiest airports in the US. Based on 2015 traffic data these were; Atlanta (101.5 million passengers), Los Angeles (74.7 million), Chicago O’Hare (76.9 million) and Dallas/Fort Worth (64.1 million). Based on analysis of OAG Traffic Analyser data for 2015, the top 100 airports for generating transfer traffic at each of these airports accounted for 50% of traffic at Atlanta, 45% at Dallas/Fort Worth, 33% at Chicago O’Hare and just 18% at Los Angeles. Clearly the actual percentage figure of transfer traffic at each of these airports would be greater than these figures, as these are only for the top 100 airports.

Atlanta: connecting US north-east with Florida

Not only is Hartsfield-Jackson Atlanta International Airport the busiest in the US for total passengers (and the first airport in the world ever to handle more than 100 million passenger movements annually), it is also indisputably the world’s busiest airport for connecting traffic. What our analysis of OAG Traffic Analyser data for 2015 clearly shows is how much of that connecting traffic is heading to (or from) Florida. Six of the top eight airports (and all of the top four) for generating transfer passengers at Atlanta are in Florida (shown in bright green). Given its ideal geographic position for offering connections on the US east coast between northern destinations (such as Baltimore, Philadelphia and Washington) and southern destinations (all of Florida), the appearance of most of these airports in the top 15 rankings should come as no great surprise. 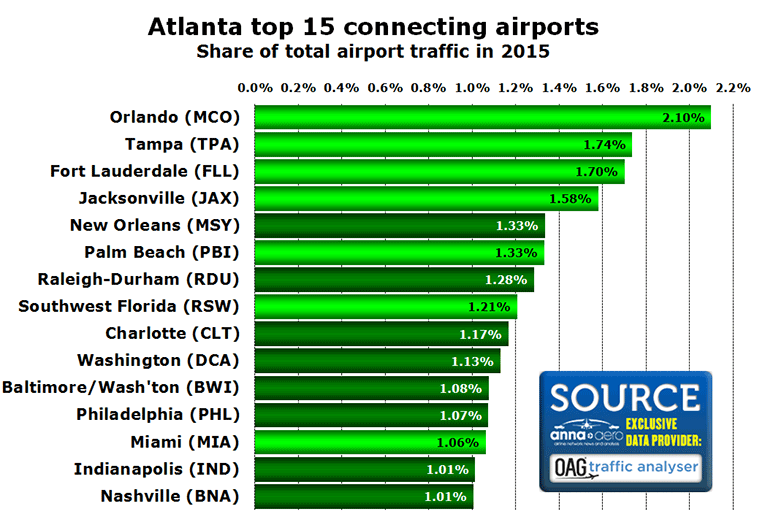 Chicago O’Hare is home to two hub carriers, American Airlines and United Airlines. Its position makes it more of a hub for traffic connecting between the west coast and the east coast of the US. Its leading airports for generating transfer traffic cover a wider geographic spread than those seen at Atlanta. Los Angeles, San Francisco and Seattle-Tacoma in the west feature prominently, as do Boston, New York, Philadelphia and Washington from the north-east corner of the US. However, Orlando also makes an appearance, as do in-land airports such as Denver, Indianapolis, Las Vegas and St. Louis. However, topping all of these is Minneapolis-St. Paul, which is located just 550 kilometres north-west of Chicago. 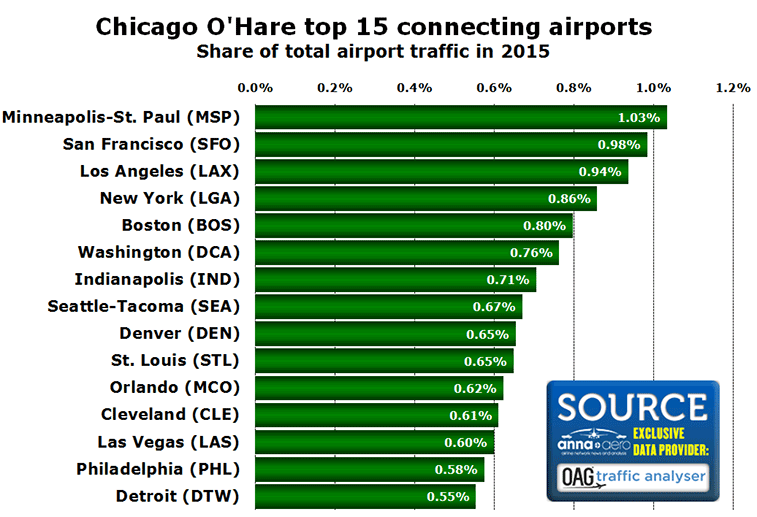 LAX: Gateway to Australia and Hawaii

Transfer traffic generators at Los Angeles International Airport are focussed on three main geographic regions; other airports in California (shown in light green), destinations in Australia (shown in bright green) and destinations in Hawaii (shown in yellow). These three regions alone account for nine of the top 15 airports in this ranking. The leading airport that does not fit into any of these categories is Las Vegas, which ranks second behind San Francisco. 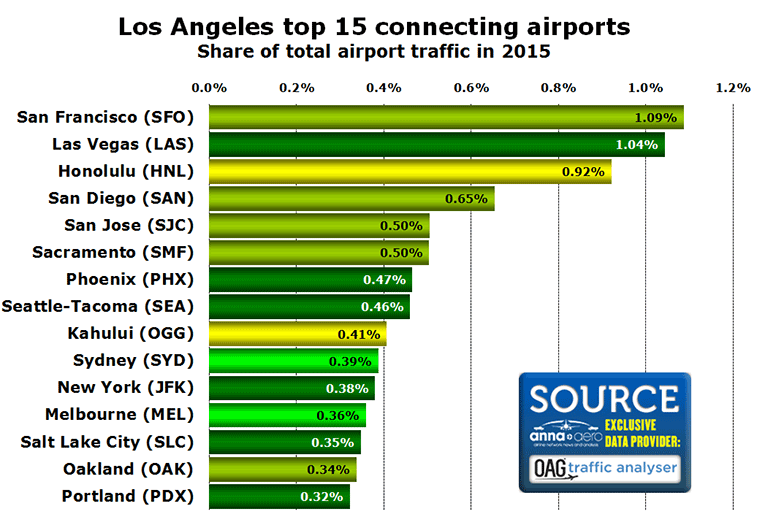 There is a virtual three-way tie for the generator of most connecting traffic at Dallas/Fort Worth (DFW). Fellow Texan airports in Austin and San Antonio are joined by Los Angeles as the main sources of transfer passengers. Apart from the three Texas airports (shown in bright green) there are also four airports from California in the top 15 (shown in light green). Las Vegas is again the top airport that does not fit into either of these categories and appears in the top 15 for the third time among the four biggest US airports analysed. Orlando also makes its third appearance in these four graphs, as does Seattle-Tacoma. 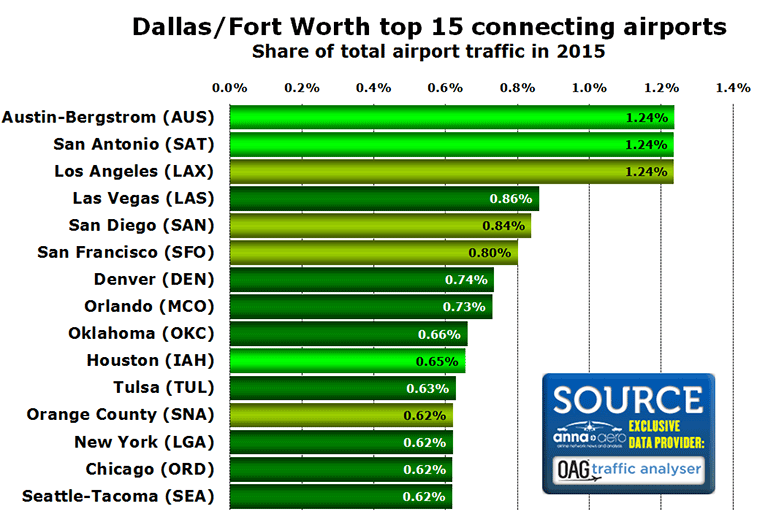