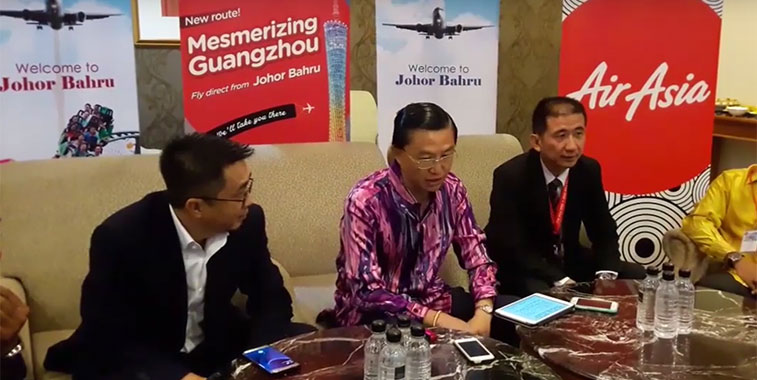 AirAsia held a press conference in Johor Bahru on 29 May to celebrate the launch of the LCC’s first route to China from the airport. The daily service faces no direct competition and is the airline’s 14th route to China, of which eight are from Kuala Lumpur, four from Kota Kinabalu, with one each from Langkawi and Johor Bahru.