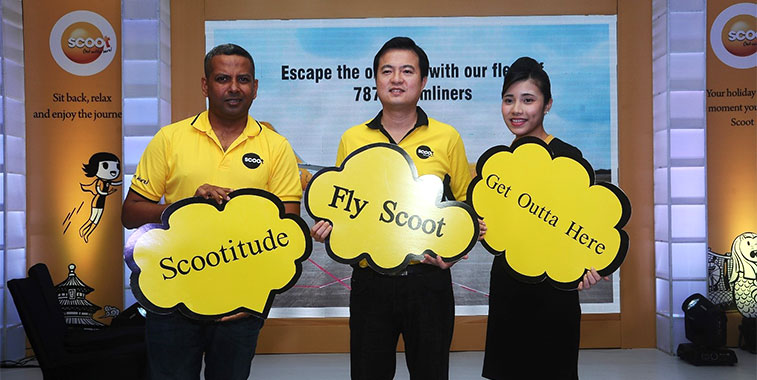 Bharath Mahadevan, Country Head India, Scoot and Leslie Thng, CCO, Scoot and Tigerair celebrate the start of Scoot services from Chennai to Singapore. Scoot is replacing Tigerair Singapore on the route, which is also served by three Indian carriers as well as Singapore Airlines and SilkAir.