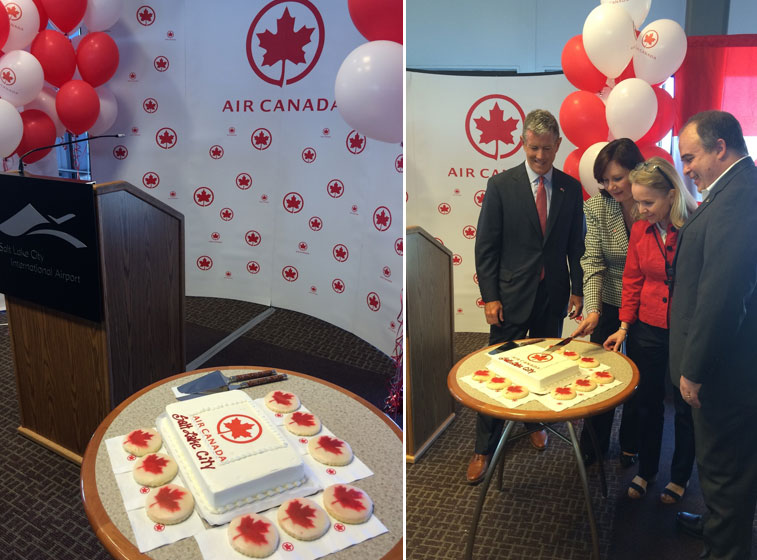 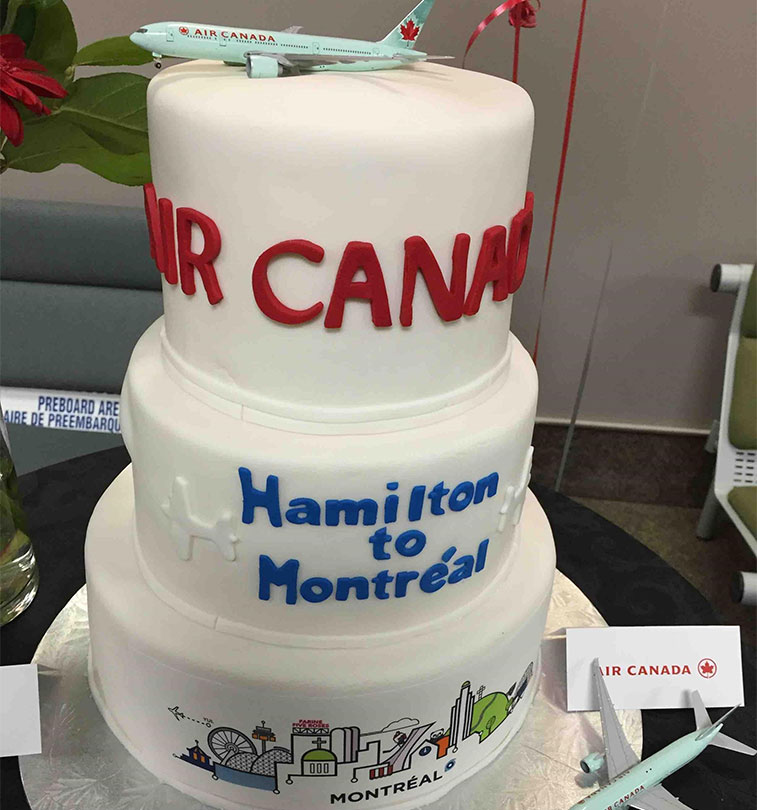 Hamilton celebrated with a big cake the arrival of Air Canada’s 12 times weekly service from Montreal on 24 May. The route will face no competition.