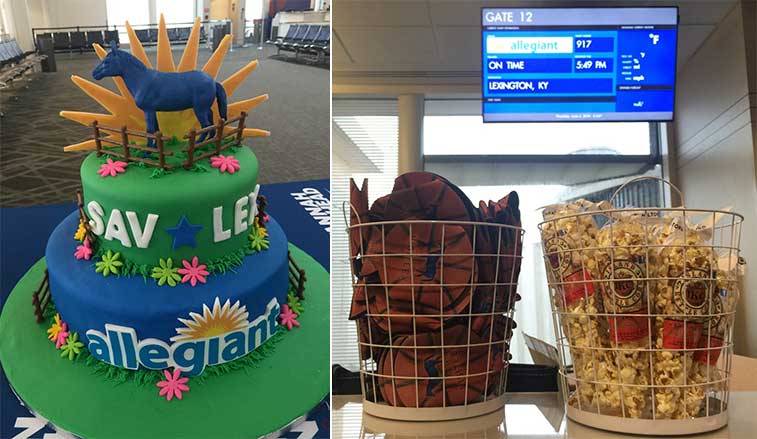 Savannah celebrated with a classic three-tiered cake the start of Allegiant Air’s Lexington service on 2 June. Flights will be operated twice-weekly (Thursdays and Sundays) by the ULCC, with the 726-kilometre link facing no direct competition. 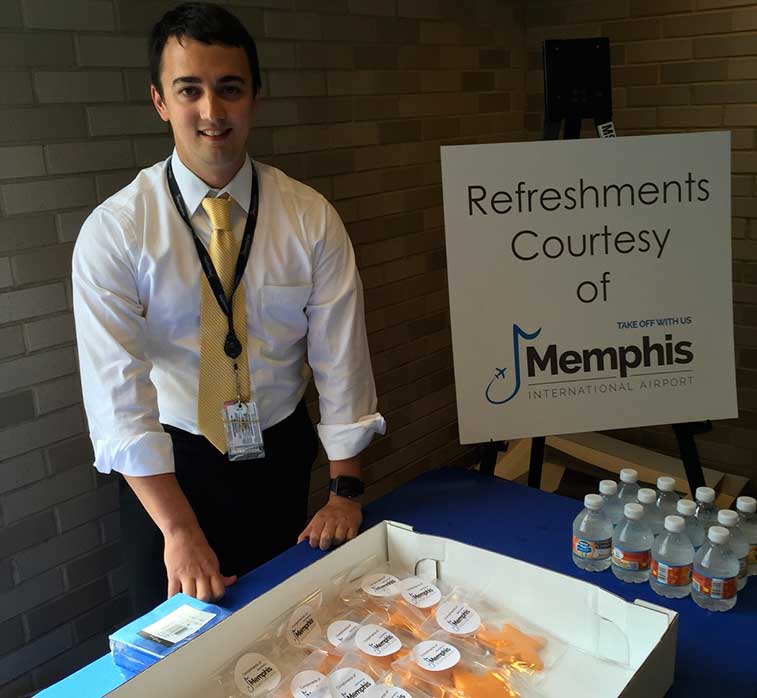 Memphis celebrated with Hollywood Star themed cookies the commencement of Allegiant Air’s new route to Los Angeles. Handing out the baked goodies to passengers is Will Livsey, Senior Manager of Air Service Research & Development for the airport. Refreshments and snacks were on offer to passengers at Lexington Airport on 2 June when the carrier launched service to Savannah. Passengers on the first flight to Baltimore/Washington however had a chance to receive their own cartoon caricature as a souvenir.