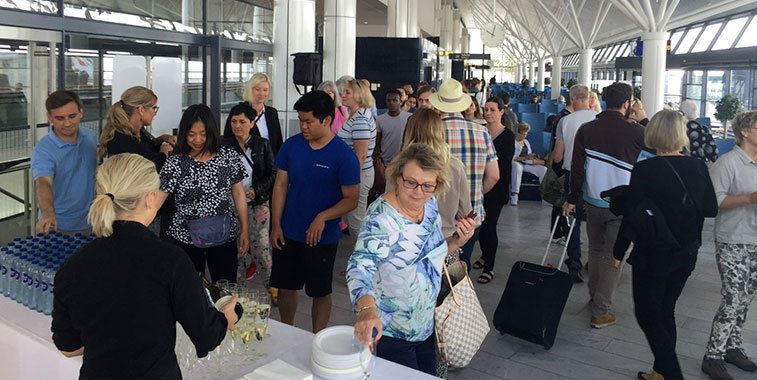 “Ever since Vueling first touched down in Copenhagen in 2012, the airline has grown steadily from one route to six non-stop routes today,” says Peter Krogsgaard, CCO of Copenhagen Airport. The latest route at the Danish airport, from Rome Fiumicino, was launched on 1 June, with this gate lounge celebration.