Amsterdam and Dundee celebrate Route of the Week wins 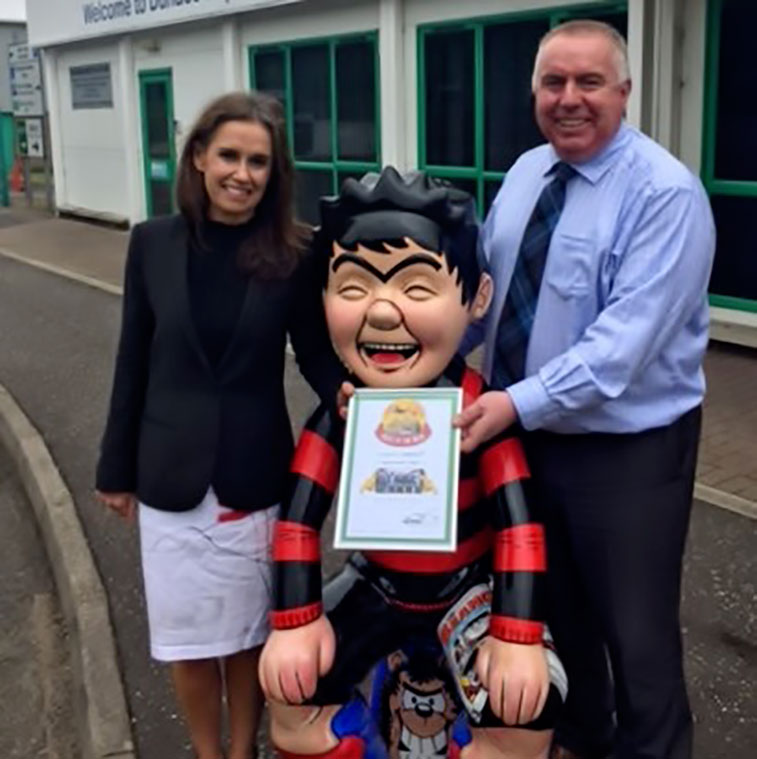 Dundee celebrated winning the anna.aero Route of the Week competition recently, given to the Scottish airport in recognition of Flybe’s new service from Amsterdam. Seen posing with the award are Jennifer Caswell of Dundee City Council and Derrick Lang Manager of Dundee Airport. Also celebrating with them is the iconic charity-sponsored statue of local comic-book icon Oor Wullie. On 2 June Etihad Airways commenced 787 service to Perth, representing a 14% rise in seat capacity by the carrier from its Abu Dhabi hub. Etihad Airways becomes the fifth carrier to operate the type into the Australian airport, with it joining fellow carriers Air New Zealand, China Southern Airlines, Scoot and Thai Airways. Southampton Airport celebrated with this tropical looking cake and water arch the arrival of its latest carrier, Volotea. The European airline began scheduled service to its first UK airport on 29 May in the form of a twice-weekly operation from Palma de Mallorca, a route already served by Flybe. The 1,305-kilometre link will be operated by the carrier’s classic 717s. 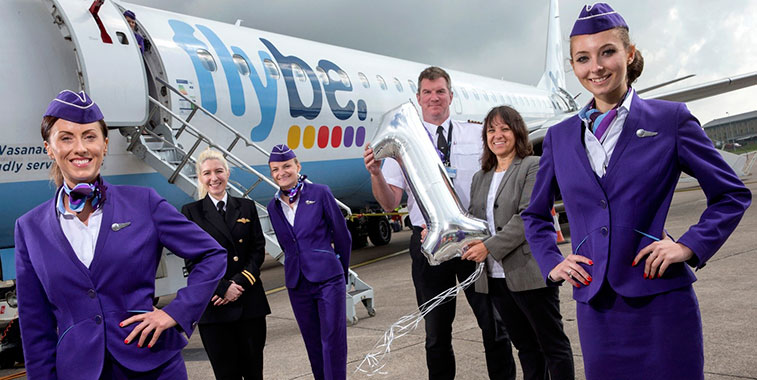 Flybe celebrated its one-year anniversary of services from Cardiff on 1 June. Since the first flight took-off in 2015, the airline has carried 334,000 passengers from the Welsh capital. The figure equates to more than a 600% uplift in Flybe passenger numbers over the year-long period, which saw Flybe increase its route network from 4 to 16 destinations and base two E195s at Cardiff. Debra Barber, MD and COO of Cardiff Airport, said: “Cardiff Airport is a strategic gateway in and out of Wales for thousands of businesses and holidaymakers. Last year was a turning point for the business, and we’re targeting further growth in 2016. The Flybe base, along with the 17 other airlines that regularly make use of our facilities, is an important part of this success story, helping to provide more choice and flexibility for customers than ever before.” 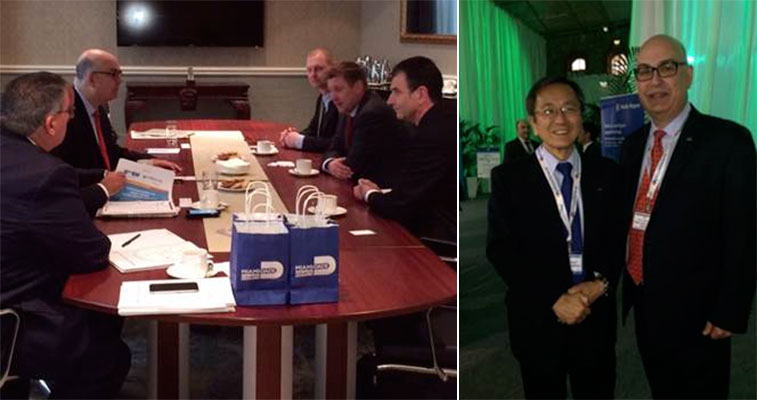 Miami Airport representatives travelled to Dublin to participate in the International Air Transport Association (IATA) Annual General Meeting (AGM) and World Air Transport Summit this week, the world’s largest gathering of airline leaders. Miami was one of only a handful of airports in the world invited to attend the invitation-only event, which drew more than 1,000 delegates. Amongst the team from the Floridian airport to attend the event was Miami-Dade Aviation Director Emilio González who met with Aer Lingus executives and All Nippon Airways CEO Osamu Shinobe. Miami’s European network has grown from nine routes to 19 in the last 10 years, and three more destinations will be added this autumn: Cologne, Germany, by Eurowings; and Oslo, Norway, and Copenhagen, Denmark, by Scandinavian Airlines. On 7 June, Leeds Bradford Airport officially opened advanced air traffic control equipment which will help to support the airport in delivering increased capacity as part of its masterplan ambitions. Officially opening the latest facility are: John Parkin, Chief Executive at Leeds Bradford Airport; Alan Siddoway, Head of Air Traffic Control Services, Leeds Bradford Airport; and Phil Cropper, Principal Inspector ATM of the Civil Aviation Authority (CAA). The three-year project is the first integrated upgrade for 30 years to the ATCl systems at the airport, with a new refit of radar equipment, computers and the installation of a 3D micronav simulator for advanced ATC training.