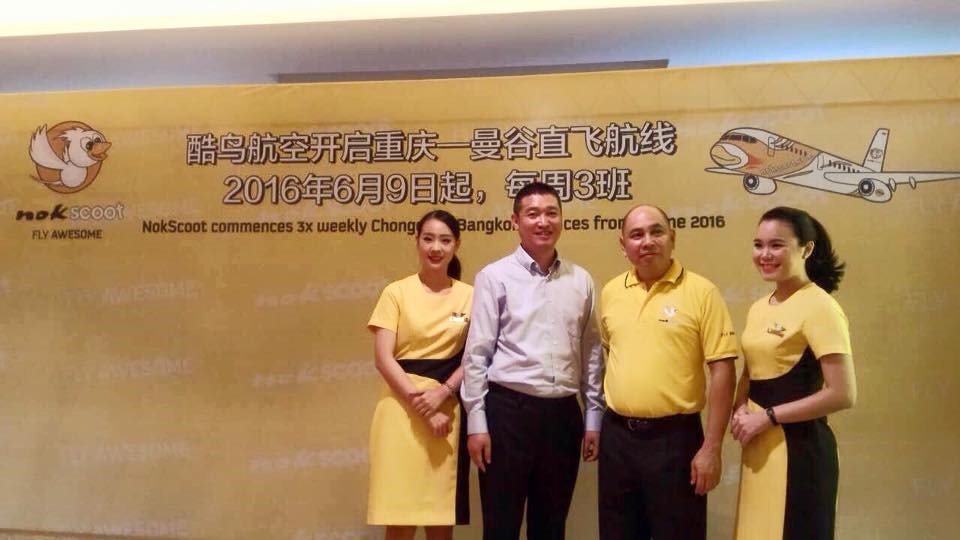 On 9 June NokScoot launched its fifth route to China, this time to Chongqing. The LCC already serves Nanjing, Qingdao, Shenyang and Tianjin, as well as Taipei in Taiwan using its 777-200s. Piya Yodmani, CEO of NokScoot (second from right) was on hand for the celebrations.