Aeromexico celebrates its Route of the Week victory

That is a big team from Aeromexico…and every single one is taking some credit for the fact that the Mexican carrier won Route of the Week when it recently started flights from Mexico City to Amsterdam. Thanks to Andrea Curiel Campos, International Brand Coordinator at Aeromexico for arranging this great picture!! 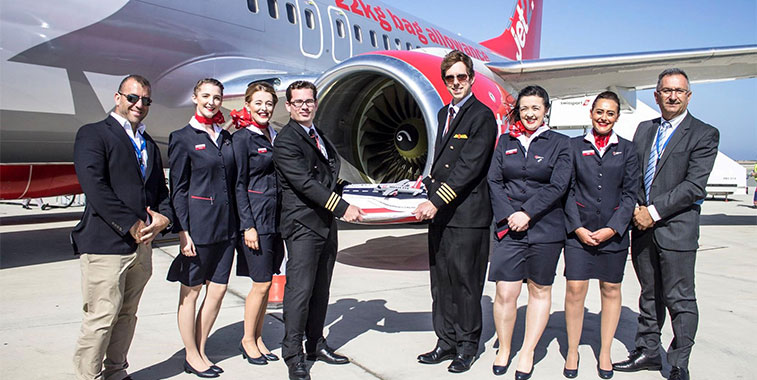 On 25 May Larnaca Airport welcomed the arrival of Jet2.com’s new service from Edinburgh. Led by the Senior Manager of Operations for Larnaca ‪Airport, Andys Frangos, Hermes Airports greeted the crew and inaugural passengers on the first flight with a great culinary surprise. ‬‬‬ On 9 June St. Petersburg welcomed the arrival of its latest scheduled carrier when Croatia Airlines celebrated the start of services from Zagreb. Launched on 2 June, the city pair will be served twice-weekly on Thursdays and Sundays and it is the first time that the two cities have been linked. “The launch of the scheduled service to Croatia’s capital is a long awaited event for St. Petersburg Airport. Today, St. Petersburg is the only destination served by Croatia Airlines in Russia, and it’s an honour for Pulkovo to be a starting point for the carrier’s development in the Russian market,” said Evgeniy Ilyin, CCO of Northern Capital Gateway LLC, the operator of Pulkovo Airport. Flights will be operated by the airline’s fleet of A319s. 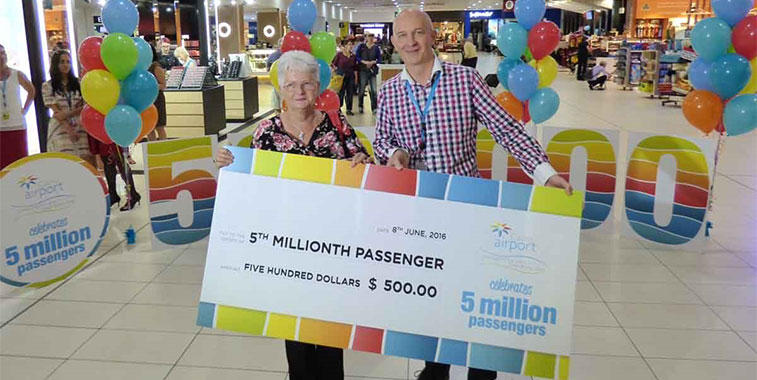 On 8 June Cairns Airport celebrated passing five million passengers for the first time in a 12-month period. The lucky five millionth passenger was Kathleen Dudley of Yungaburra, Queensland, who was travelling to Sydney to celebrate her mother’s 102nd birthday. “This is such an exciting milestone for Cairns Airport. We have had a fantastic year, with really strong international growth month after month and very sound domestic growth as well,” said Kevin Brown, CEO of Cairns Airport. Tbilisi Airport, operated by TAV Georgia, welcomed the first flight from Tel Aviv performed by El Al on 7 June (although the flight left Israel on 6 June). The airline will operate direct flights between Tbilisi and Tel Aviv every Tuesday using B738/B739 aircraft. 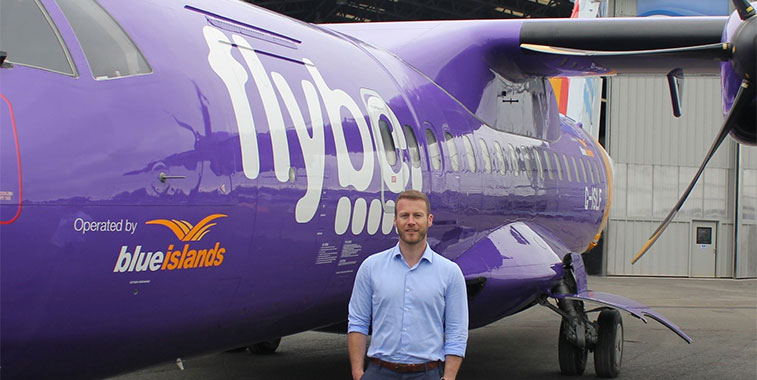 Belfast City Airport changed its name for the day on 12 June from George Best Airport to Kyle Lafferty Airport in a historic move ahead of Northern Ireland kicking off their Euro 2016 campaign against Poland in Nice that evening. Unfortunately the team lost 1-0 to their European rivals.