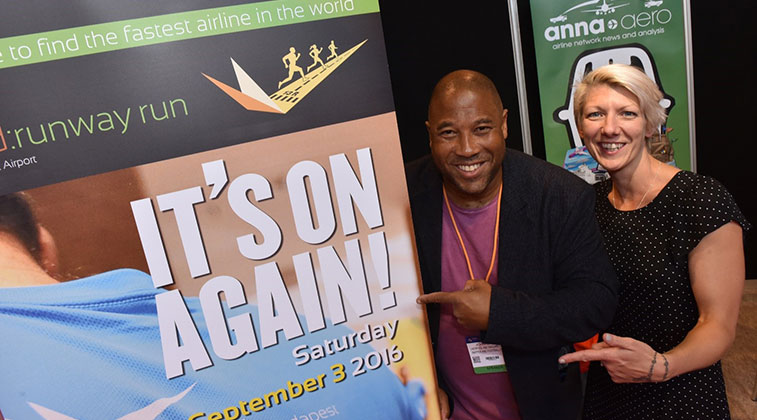 Airport suppliers exhibiting at last week’s British-Irish Airports EXPO in Birmingham queued up to join the unstoppable Budapest Airport-anna.aero Runway Run, sponsored by Airbus. Besides airlines and airports, enterprises from across the aviation community are invited to compete for a series of anna.aero-Budapest Airport “Golden Cake Trophies”. 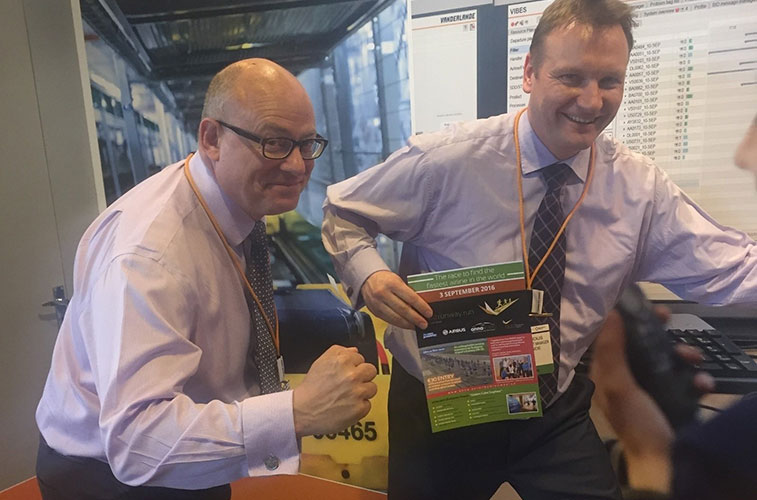 Leading the way in baggage handling around the world: Vanderlande’s Mark Gilbert, High Level Control & Integration Leader and Martijn Koudijs, Business Development Manager, are willing to see if their team could also lead the way on Budapest’s runway on Saturday 3 September. 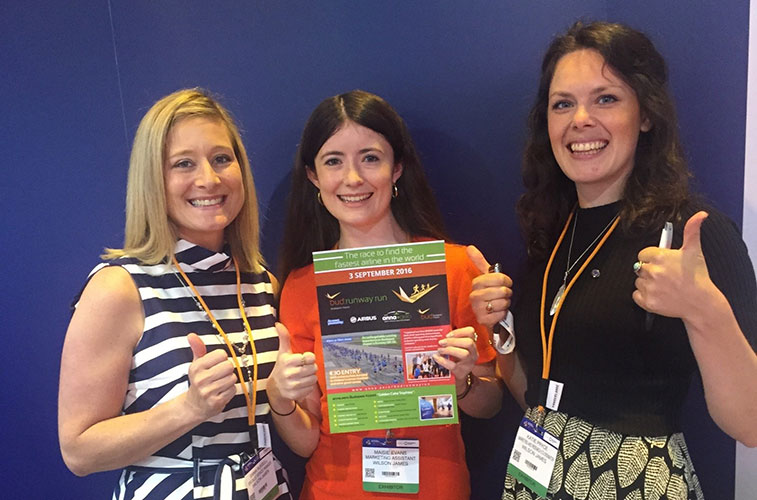 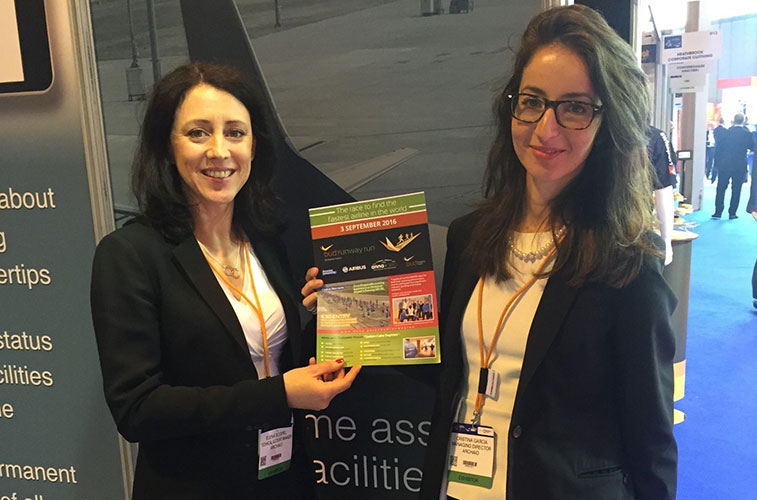 Software specialist Archaio: Elena Scopel, Technical Account Manager and Cristina Garcia, Regional Director, think this year’s Budapest Airport-anna.aero Runway Run could be the ideal way to visit the beautiful Hungarian capital city once again, while having the chance to network as well. 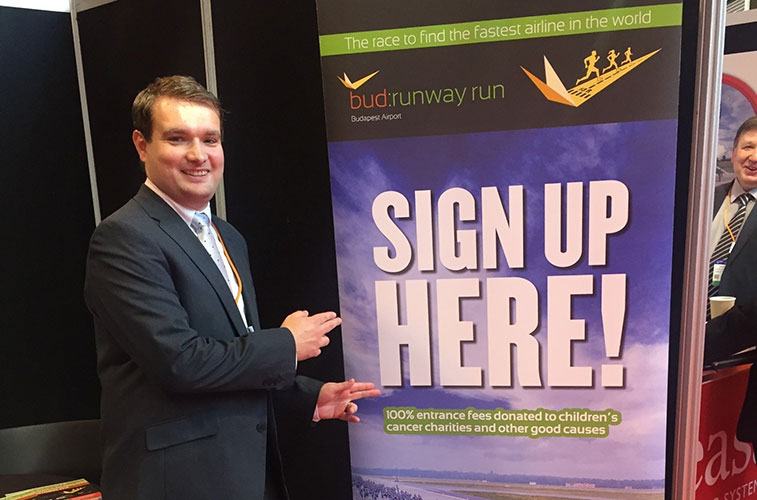 “Where do I sign? I’m in!” Marc Stewart, Director, Luggage Point, came and sought out our stand in Birmingham ready to register his place. 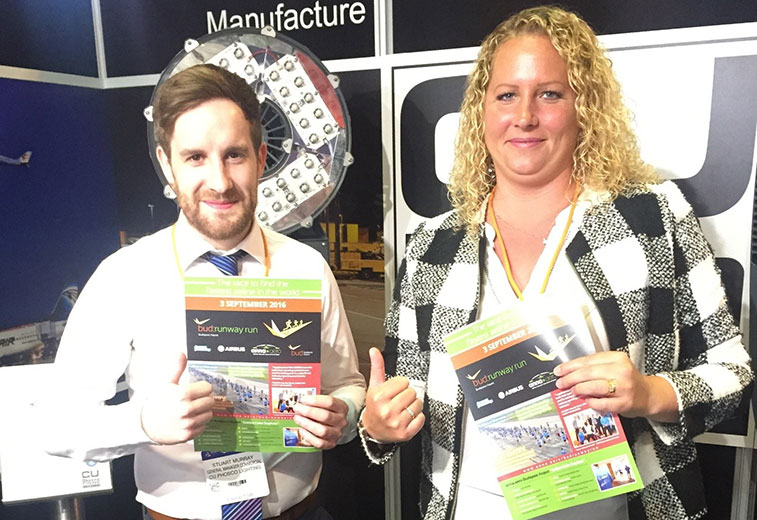 See you in BUD! CU Phosco (a lighting company): “What a fantastic concept,” said Stuart Murray, General Manager Commercial, and Hayley Whittaker, National Sales Manager. With plenty of runners in the company they’re sure to assemble a team. 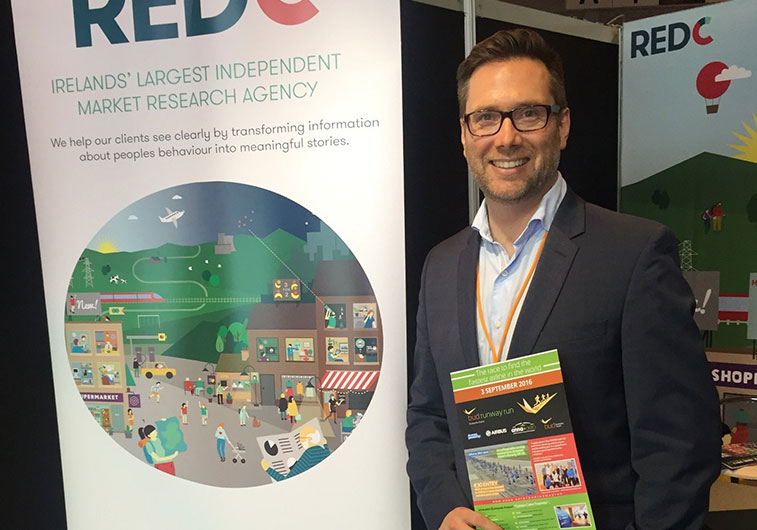 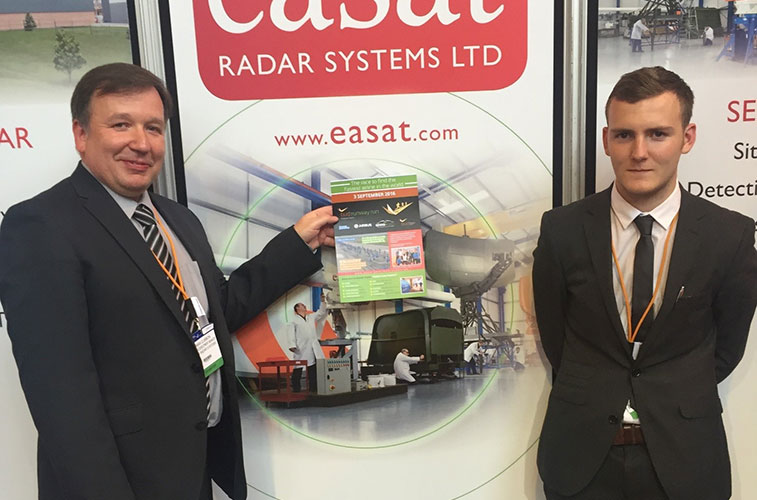 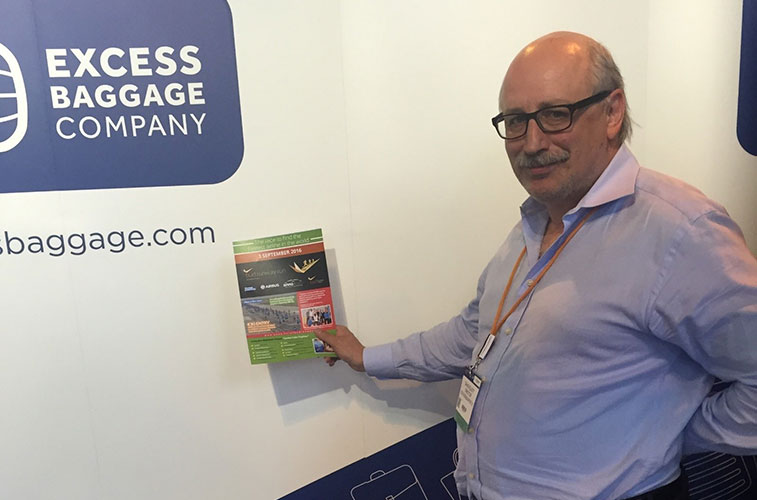 “I wanted to come last year but couldn’t make it, this year I’ll be there,” states David Elliott, Director, Excess Baggage. 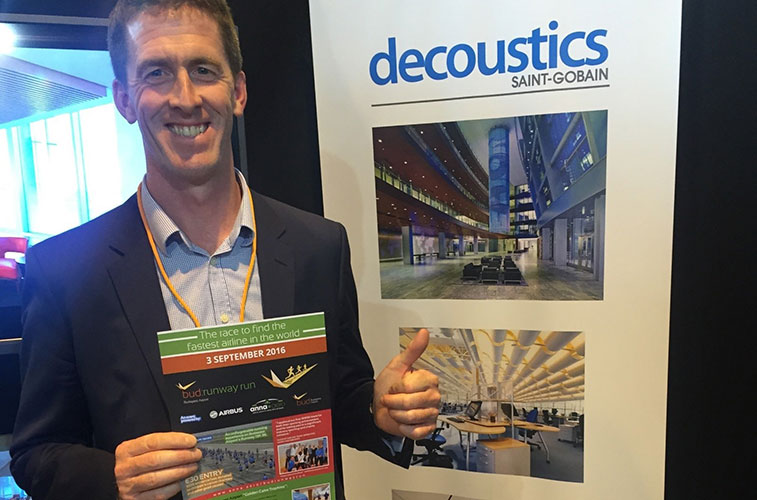 Half marathon runner, David Bannon, European Sales Manager, decoustics, thinks this will be a unique way to earn his next medal and headed straight back to the office to get his registration sorted.

There’s just three weeks left to get the lowest possible price for the Airbus-sponsored anna.aero-Budapest Airport Runway Run – its just €30 now, but goes up to €50 on 1 July. All entry fees are entirely donated to international child cancer causes and a Hungarian charity assisting with the inclusion of handicapped people in sports, so we’ll be more than happy to take the extra money from you should you miss the deadline.