TAP Portugal’s return to Boston was celebrated in Lisbon with a ribbon cutting ceremony, US style football players and cheerleaders. Passengers on the inaugural flight also received a goody bag featuring a colourful range of Castelbel Porto soaps. 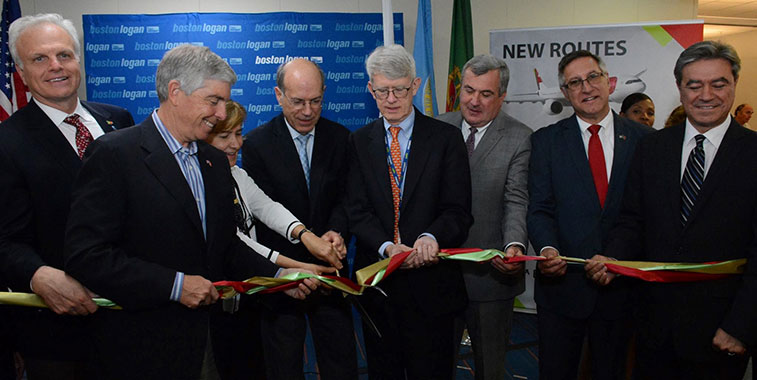 There was another ribbon cutting ceremony in Boston which included David Neeleman (far left) who is a key member of the Atlantic Gateway Consortium which now owns 45% of the Portuguese flag-carrier.