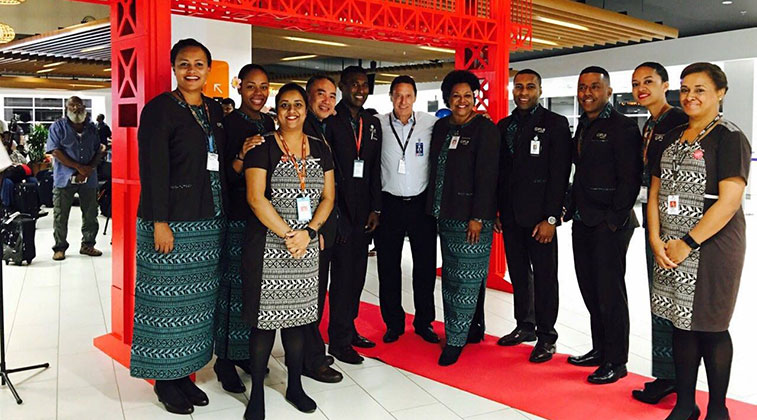 To celebrate the launch of flights on 16 June to San Francisco, Nadi International Airport built a mini replica of the Golden Gate Bridge. Lining up for a commemorative picture are Andre Viljoen, MD and CEO of Fiji Airways (centre) with some of the cabin crew and Premium Service Team members at Nadi International Airport. The airline already serves Honolulu and Los Angeles in the US. Touchdown in San Francisco! Fiji Airways’ inaugural service arrives on a sunny day in California. Passengers on the first return flight pose with the flight crew in the terminal. Both flights operated with a load factor of 90%.