Vancouver celebrated the start of flights to Rome Fiumicino with this fantastic cake depicting the Colosseum in the Italian city. Services between the two cities will operate weekly (Fridays) on the carrier’s A330-200 fleet. Seen cutting the ribbon in Vancouver are: Dr. Marco Schiavoni, Economic and Commercial Attaché, Consul General of Italy; Rod Ramage, Air Transat Regional Manager; Dr. Massimiliano Iacchini, Consul General of Italy; and Steve Hankinson, VP Operations and Maintenance, Vancouver Airport Authority, along with the airline’s crew. 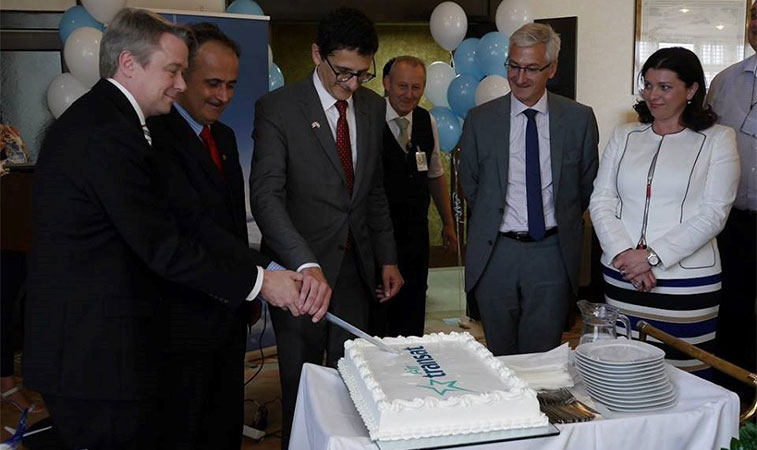 A cake was also had in Zagreb to welcome the arrival of Air Transat’s new service from Toronto Pearson. The 7,070-kilometre sector will also operate weekly (Tuesdays) on the carrier’s A330-200s facing no incumbents.