Celebrations were held at Los Angeles to celebrate the start of Virgin America’s new service from the Californian city to Kahului, with passengers on the first flight given goodies. The 3,993-kilometre sector will be served daily by the carrier on its A320 fleet. 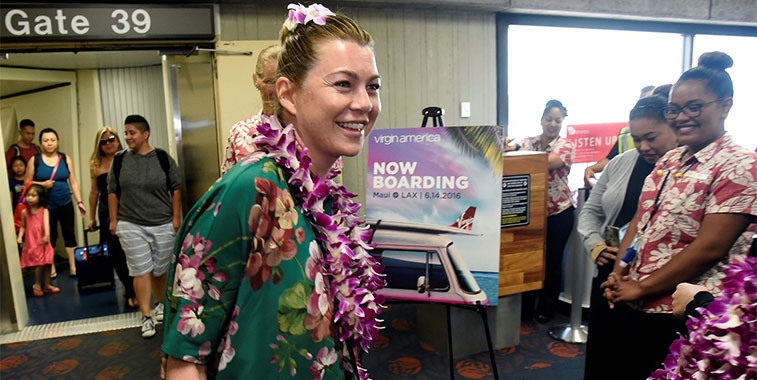 Celebrations were also had on arrival in Kahului as passengers were greeted in the traditional Hawaiian style of bring offered a flower necklace. Seen receiving her natural jewellery is Ellen Pompeo, best known for playing Meredith Grey in the hit TV show Grey’s Anatomy.