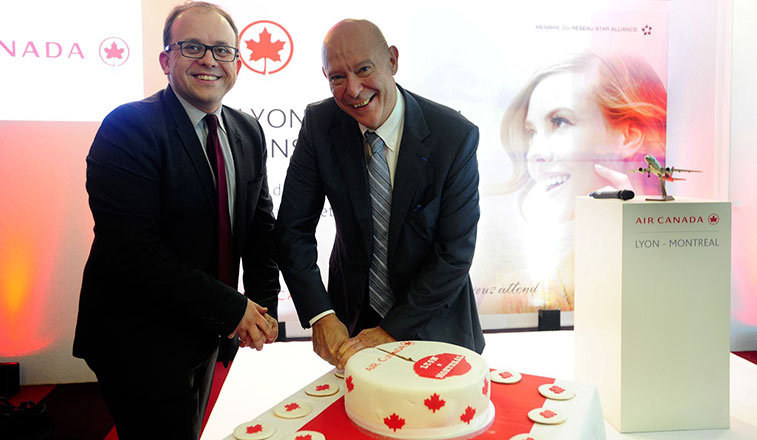 A cake cutting was also held in Montreal to celebrate the start of Lyon services. The 5,861-kilometre sector will be flown five times weekly in direct competition with Air Transat’s four times weekly service.