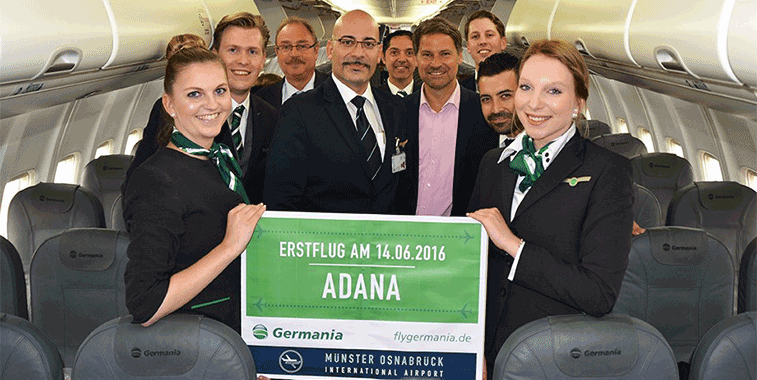 Captain Mustafa Deniz (centre), Germania Sales Manager Turkey, Ismail Polat (second from the right) and the entire flight and cabin crew were welcomed by Andrés Heinemann, VP Marketing and Communication of Münster/Osnabrück Airport, (fourth from right) and Detlef Döbberthin, the airport’s Manager Aviation Marketing (third from left). The route to Adana will be flown weekly. 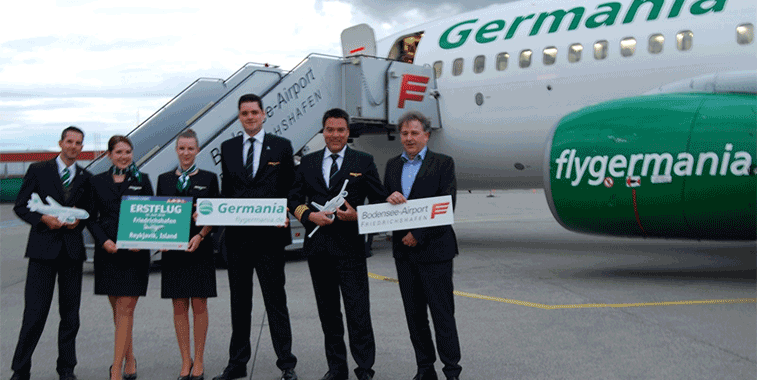