The crew of Iberia Express’ first flight from Madrid were welcomed by representatives of Krakow Airport – and indeed proud Poles: Artur Staniszewski, Acting Aviation Services Manager and Monika Pabisek, Acting Spokesperson. The service, which started on 20 June, will be operated twice-weekly. 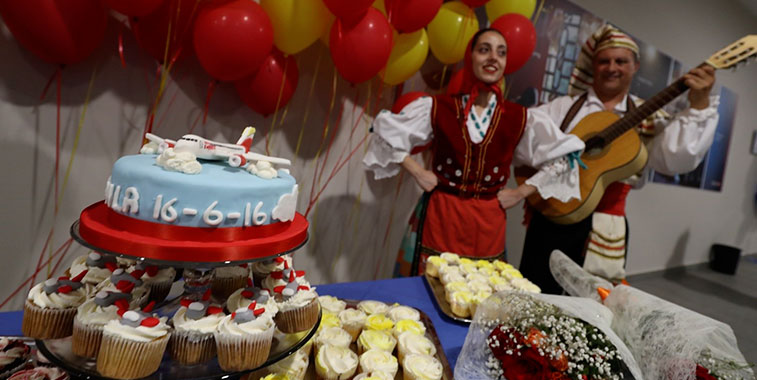 Cakes and flowers were offered to passengers on the inaugural Iberia Express service from Madrid to Malta. The Iberia in-house LCC will face competition from its airline peers Ryanair and Norwegian on the sector.