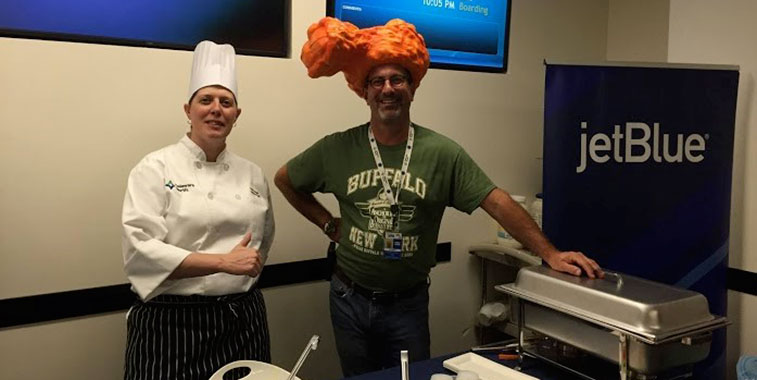 Celebrations were also had on the first departure to Los Angeles on 16 June, with passengers being offered Buffalo wings to enjoy before departure. The 3,560-kilometre sector will be served daily on the carrier’s A320s.