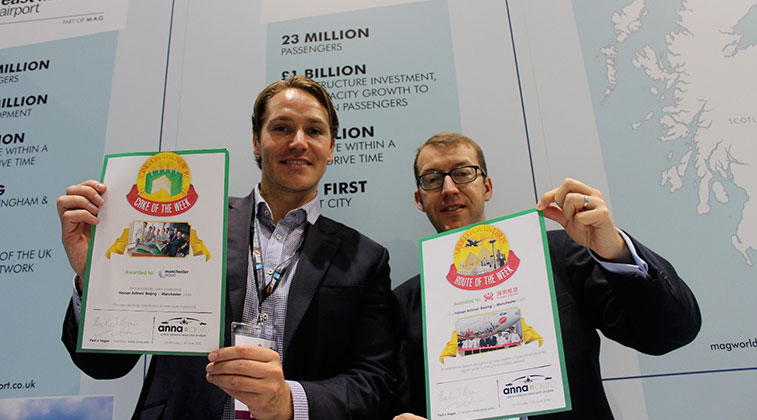 Andrew Pelham, Aviation Account Manager and Mark Souter, Head of Aviation Development from MAG celebrate last week’s double victory – winning both Cake of the Week and Route of the Week – for the start of Hainan Airlines’ service from Beijing on 10 June. The four times weekly service to Manchester is the only UK route to China outside of London. The UK airport scooped the new route baking prize for a cake which was shaped like the Great Wall of China. Ohrid Airport welcomed the arrival of Thomas Cook Airlines’ first charter service from Brussels on 20 June, with the first flight having over 120 passengers onboard. Services on the route will be flown weekly (Mondays) on the airline’s A320 fleet until mid-September. Zoran Krstevski, GM, TAV Macedonia commented on the arrival of the new service by saying: “Thomas Cook, a very popular company for British travellers first and foremost, from where the company origins are, as well as among all European tourists who buy their touristic packages and travel the world, we are happy to see them at Ohrid.” 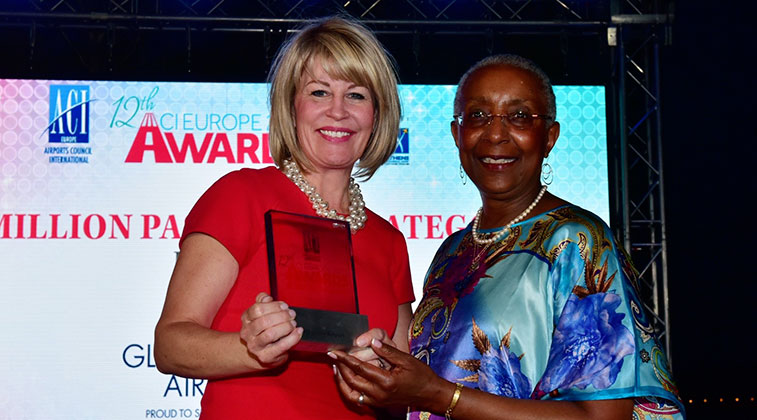 Glasgow Airport was crowned the best airport in Europe with 5-10 million passengers at the prestigious ACI Europe Awards in Athens. The “Best Airport, 5-10 million passengers” accolade acknowledged Glasgow’s focus on enhancing its facilities, improving the passenger experience and securing a host of new routes and services. Amanda McMillan, Chief Executive of AGS Airports Ltd and MD of Glasgow Airport, said: “We were highly commended at last year’s ACI Europe awards, so to have gone one step further and secured the title of Best Airport in what is our 50th anniversary year is a huge honour.” Batumi Airport, operated by TAV Georgia, welcomed the first flight from Kiev Boryspil performed by Bravo Airways on 19 June. The passengers and cabin crew arriving from Boryspil were welcomed by flowers and attended the celebration cocktail organised by Batumi International Airport administration. Direct flights between Batumi and Boryspil will be performed every Sunday till the end of September.