Dane Kondić CEO of Air Serbia is presented with a commemorative glass apple, to celebrate the start of the carrier’s non-stop service from Belgrade to New York, by Gert-Jan de Graaf President & CEO at JFK IAT LLC. A ribbon cutting was also held at JFK with Kondić and de Graff being joined by: Zorana Mihajlovic, Deputy Prime Minister of the Republic of Serbia and the Minister of Construction, Transport and Infrastructure; Sinisa Mali, Chairman of the Supervisory Board of Air Serbia and the Mayor of Belgrade; and Djerdj Matkovic, Ambassador of the Republic of Serbia to the US. Services on the 7,236-kilometre city pair will be flown on the airline’s sole A330-200 daily. 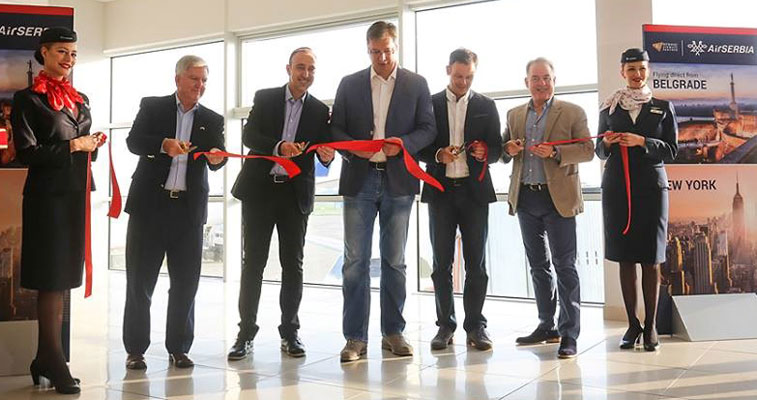 A ribbon cutting was also held in Belgrade to herald the start of Air Serbia’s first long-haul route to New York JFK on 23 June. The service faces no direct competition.