Cutting the ribbon in Krakow to herald the start of Aegean Airlines’ twice-weekly seasonal service between Athens and the Polish city are Radosław Włoszek, President of the Management Board, Krakow Airport, and Detlev Geiser, Sales Manager, Aegean Airlines. Passengers on the first flight were also treated to cupcakes. 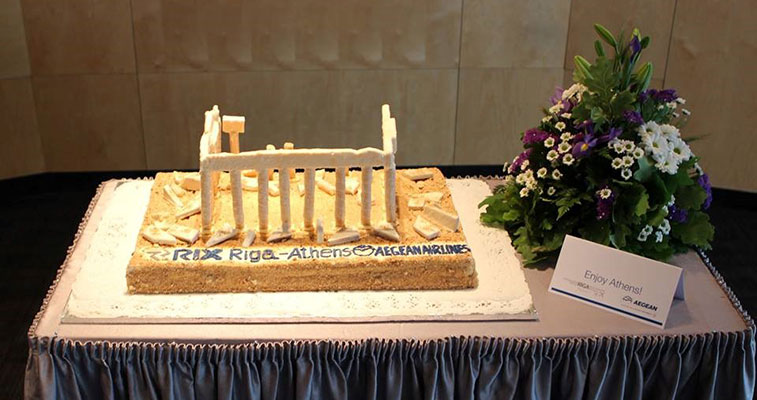 Riga went for a cake depicting the Acropolis of Athens to celebrate Aegean Airlines’ new service from the Greek capital. Launched 25 June, the weekly (Saturdays) service will be flown by the Star Alliance member’s fleet of A320s.