The cake at Buffalo Niagara International was so good for JetBlue Airways’ new service to Los Angeles that it is now on display in the terminal. However, the airport won the prestigious Route of the Week title for the airline’s new service linking the New York state airport to Los Angeles, the first service to the US West Coast from the airport. Seen posing with the culinary show-stopper, and the Route of the Week Award, is Pascal Cohen, Senior Marketing Manager & Aviation Business Development, Buffalo Niagara International Airport. 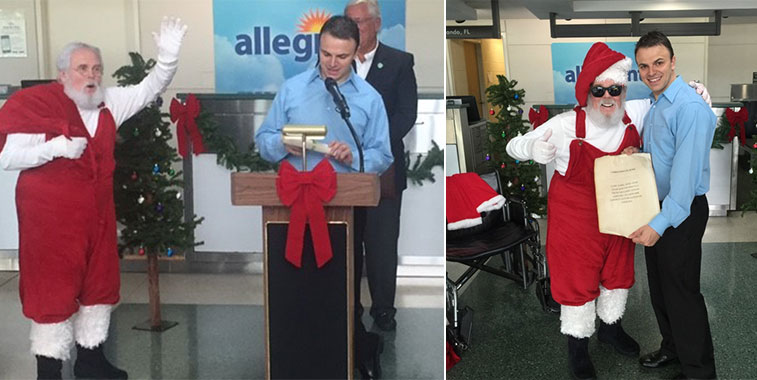 On 28 June Allegiant Air announced that it is to serve New York Newark from Asheville, Cincinnati, Savannah and Knoxville, with the latter of the four airports holding a special press conference to announce the news. Seen conducting the conference are: Santa Clause; Eric Fletcher, Airports Manager, Allegiant Air; and Howard Vogel, Chairman of the Metropolitan Knoxville Airport Authority’s Board of Commissioners. In celebration, the airport hosted a “Christmas in June” event. Santa himself delivered the special gift of low-fare, non-stop service to Fletcher. He also gave away Allegiant Air sunglasses to children throughout the airport terminal. Newark services will launch in November, perfect timing for holiday travel planning says Caitlin Darras, Public Relations Specialist, Metropolitan Knoxville Airport Authority to anna.aero. 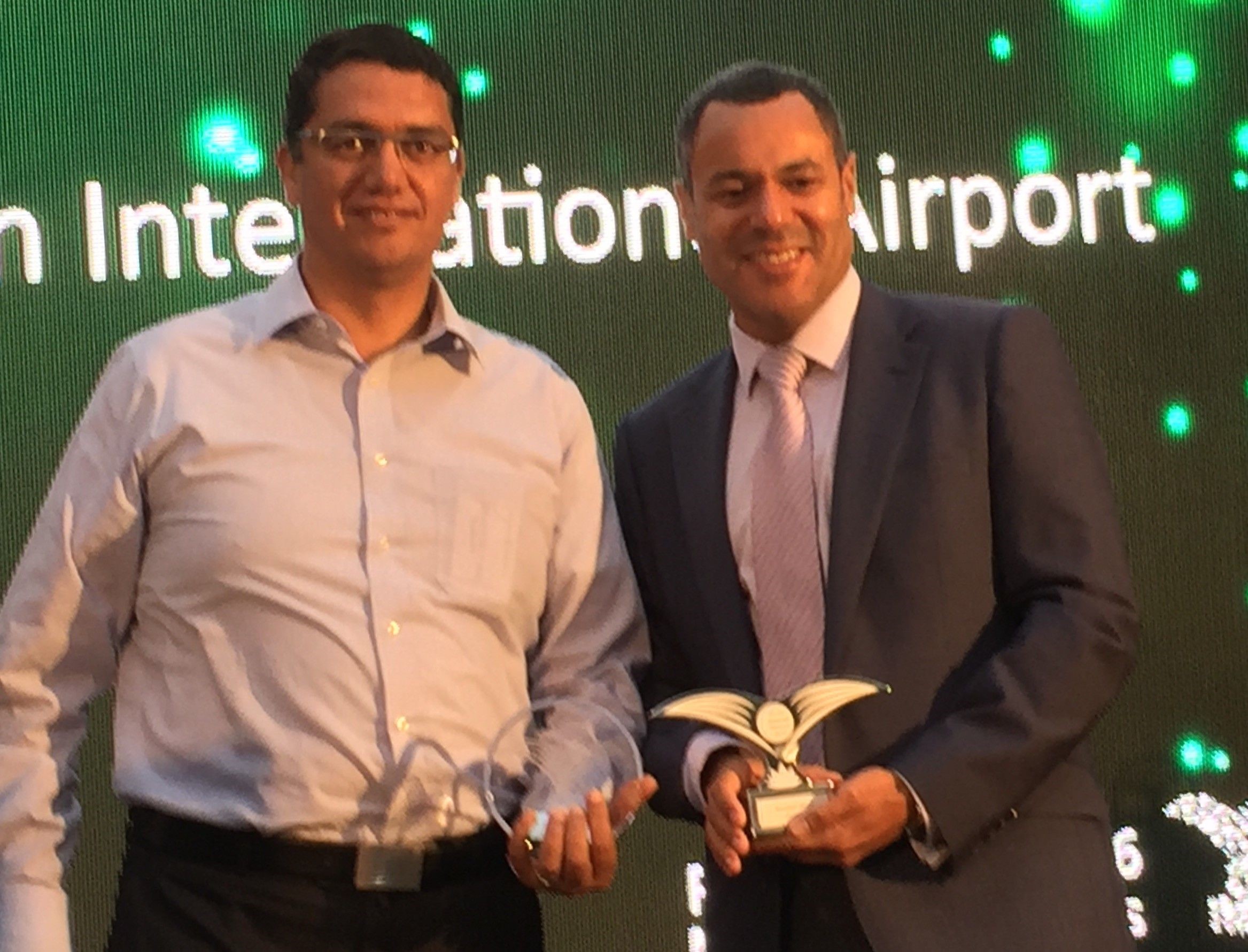 Cape Town Airport was announced the overall winner of the Routes Africa edition of the Routes 2016 Marketing Awards on 27 June at a ceremony in Finca Punta del Lomo, Tenerife. The annual Routes Marketing Awards recognise excellence in airport and destination marketing. Cape Town Airport’s passenger numbers grew by 10% to just under 9.7 million in 2015. The impressive growth is expected to continue this year and the airport is in a strong position to reach the 10 million passenger milestone. The awards, which are voted for exclusively by airlines, are split into three categories. Cape Town Airport was also named the winner of the over 4 million passengers category; Abidjan Port Bouet Airport won the under 4 million passengers category; and Seychelles Tourism Board topped the Destination Marketing category. The award was collected on behalf of the airport by ACI Africa’s secretary general, Ali Tounsi. On 18 June Iberia Express commenced service from Madrid to Cork, with the airport celebrating the occasion on 22 June. Flown twice-weekly (Wednesdays and Saturdays) the 1,315-kilometre route will face no direct competition. Kevin Cullinane, Head of Communications at Cork Airport, said of the launch: “We are delighted to welcome Iberia Express to Cork and to celebrate the launch of the latest new route from Cork Airport. Securing this new Madrid route has been testament to the hard work of the teams at Cork Airport, Iberia Express and Madrid Airport and I would like to thank everyone for their support in this.” On 18 June Wizz Air commenced service from Katowice to Alghero, with the Polish airport celebrating the occasion with a traditional route launch cake. The inaugural flight had 154 passengers on board according to the airport. Flights on the 1,376-kilometre route will operate weekly (Saturdays) on the airline’s A320 fleet. This week TAV Airports broke ground for the new terminal of Tbilisi Airport. The ground breaking ceremony was attended by: Prime Minister of Georgia, Giorgi Kvirikashvili; Minister of Economy and Sustainable Development, Dimitri Kumsishvili; Turkish Ambassador to Georgia, Zeki Levent Gümrükçü; TAV Airports President & CEO, Sani Şener; and TAV Georgia GM, Mete Erkal, as well as bureaucrats, journalists and TAV employees. Planned to be completed at the end of 2017, the new terminal will be able to provide service to approximately four million passengers per year. 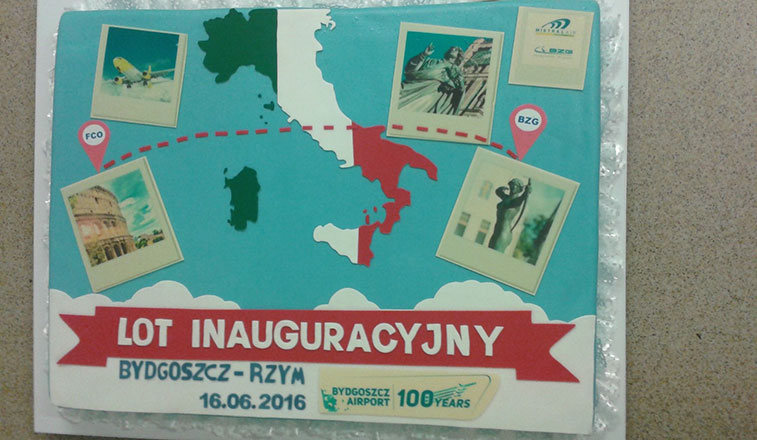 Bydgoszcz Airport welcomed the arrival of Mistral Air’s new service to Rome Fiumicino on 16 June with this impressive cake. The 1,324-kilometre sector will be served twice-weekly (Mondays and Thursdays) on the carrier’s 737-300s facing no incumbents. 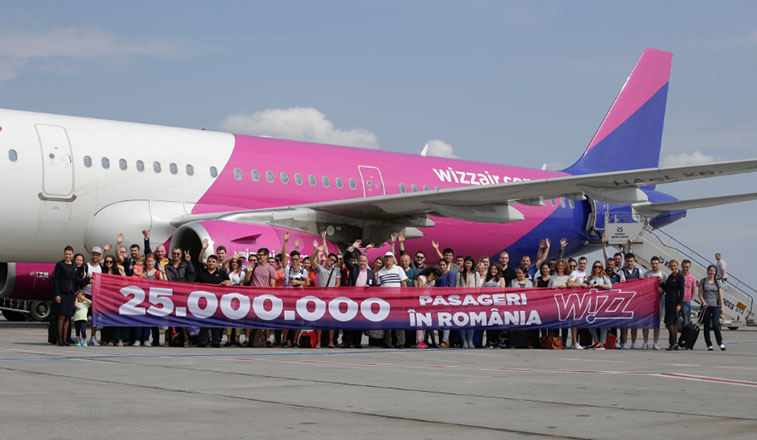 On 28 June Wizz Air celebrated carrying its 25 millionth Romanian passenger. Wizz Air’s first Romanian flight launched from Bucharest in January 2007 and since then, Wizz Air has continuously increased its network of routes for its Romanian customers. Already the largest airline in Romania, Wizz Air will grow its fleet to 20 aircraft in the country by the end of 2016, including the ultra-efficient brand new 230-seat Airbus A321. Wizz Air offers a total of 118 routes to 16 countries from nine Romanian airports.