Austin-Bergstrom celebrated the start of Condor’s service from Frankfurt with cake, a ribbon cutting and a live band. Conducting the ribbon cutting are the departing Condor flight crew, along with Patti Edwards of Austin-Bergstrom International Airport; Titus Johnson, VP Sales North America & Caribbean, Condor; and Oliver Glaser (kneeling), Condor’s outbound captain. Flights on the German-Texan city pair will be operated by the carrier’s 767-300s facing no direct competition. 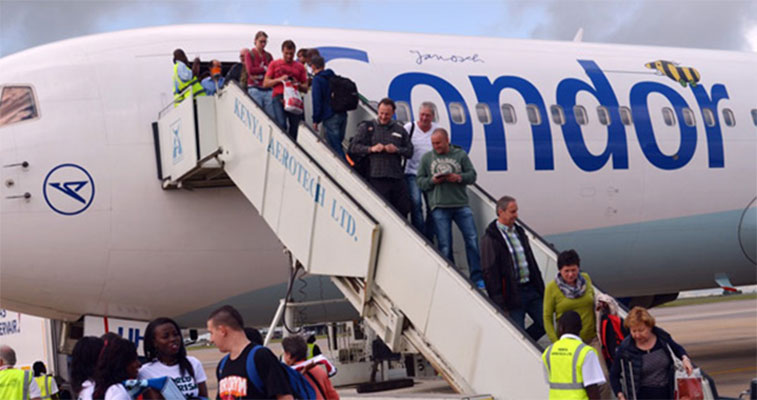 Passengers disembark the inaugural Condor flight from Munich in Mombasa on 21 June, a service which continues on to Zanzibar. Services will be flown weekly (Wednesdays) on the carrier’s 767-300 fleet.