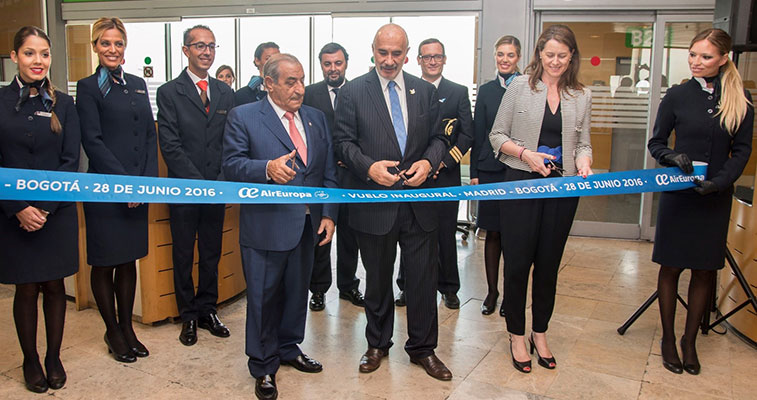 In Bogota, a gift exchange took place to celebrate the arrival of Air Europa to the Colombian capital. Presenting a plague to Juan José Hidalgo, President of Air Europa, is Andrés Ortega Rezk, GM of Opain. S.A, the company which operates and manages El Dorado International Airport. Joining them to help cut the ribbon is Enrique Stellabatti, VP of Turismo de ProColombia.