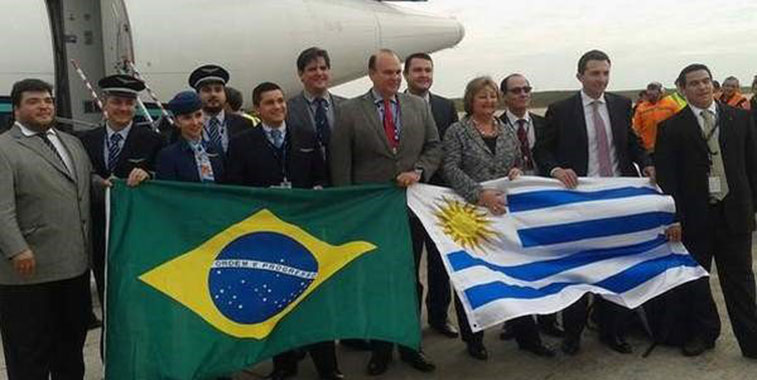 On 1 July, Liliam Kechichián, Minister of Tourism for Uruguay, and Vice Minister Benjamin Liberoff, welcomed at Montevideo Airport the first Azul Airlines flight from Porto Alegre, which arrived with 70 passengers onboard, including Marcelo Bento, Director of Azul Airlines.