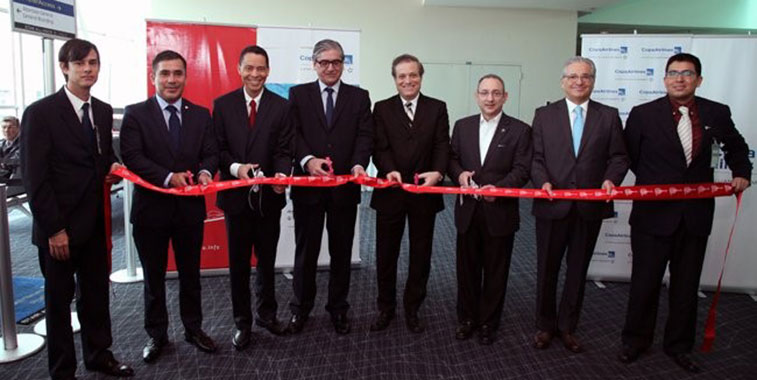 Copa Airlines celebrated in Panama City with a ribbon cutting ceremony to herald the start of services to Chiclayo in Peru on 28 June. The 1,762-kilometre sector will be flown twice-weekly (Tuesdays and Fridays) facing no direct competition. 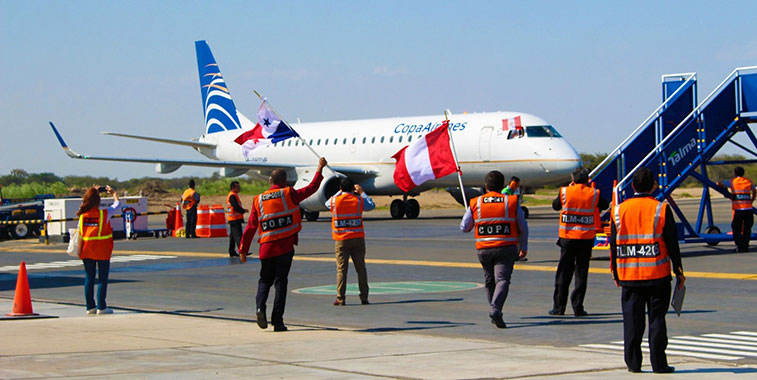 Seen arriving onto stand in Chiclayo on 28 June is Copa Airlines’ inaugural service from Panama City, with the ground crew waving the Panamanian and Peruvian flags. The route will face no direct competition. A ribbon cutting ceremony was also had in Panama City for the start of services to Rosario on 1 July. Flown four times weekly, the 5,063-kilometre route will be flown on the Star Alliance member’s 737-800s. The airline branded one of its 737-800s in a special Rosario livery to promote the service.