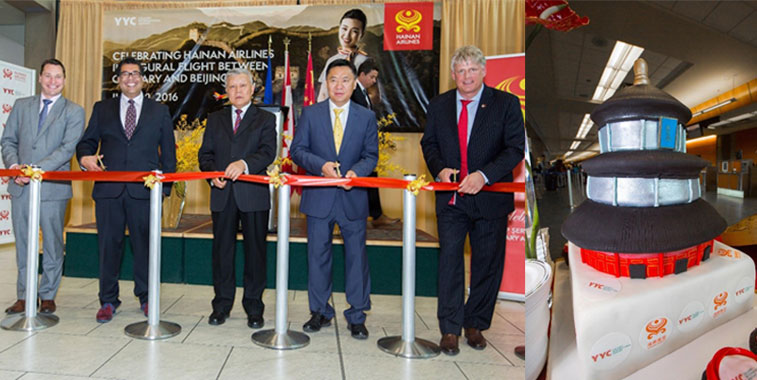 Cutting the celebratory ribbon at Calgary Airport on 30 June for the launch of Hainan Airlines’s arrival from Beijing were: The Honourable Deron Bilous, Alberta Minister of Economic Development and Trade; His Worship, Calgary Mayor Naheed Nenshi; Mr. Wang Xinping, Consul-General of the People’s Republic of China in Calgary; Mr. Hou Wei, VP, Hainan Airlines; and Mr. Stephan Poirier, SVP and CCO for The Calgary Airport Authority. There was also a special route launch cake for passengers on the inaugural flight.