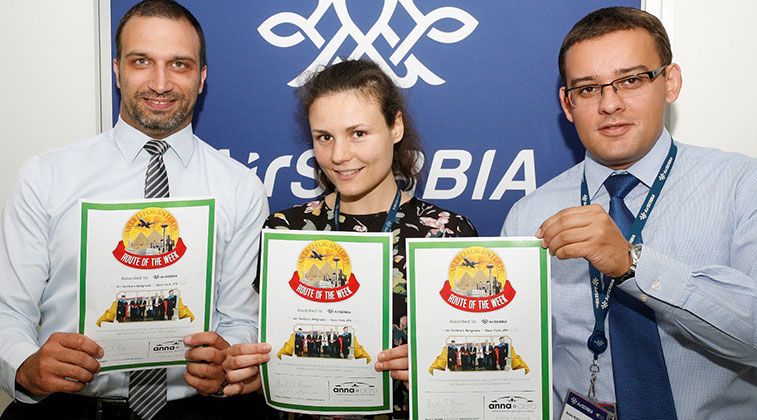 Air Serbia this week celebrated its Route of the Week title, given to the carrier for its first long-haul service between Belgrade and New York JFK. Seen celebrating the airline’s achievement are: Djordje Vukotić, Head of Global Sales; Ana-Marija Zaklan, Social Media Manager; and Boško Rupić, Manager for Serbia and West Balkans. 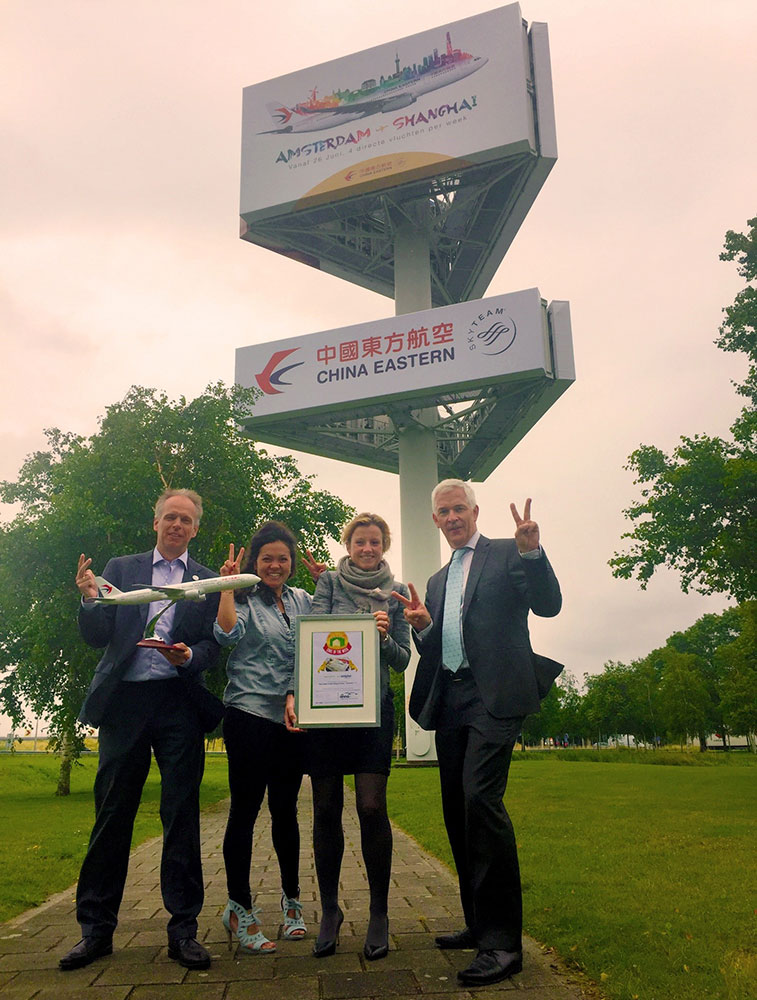 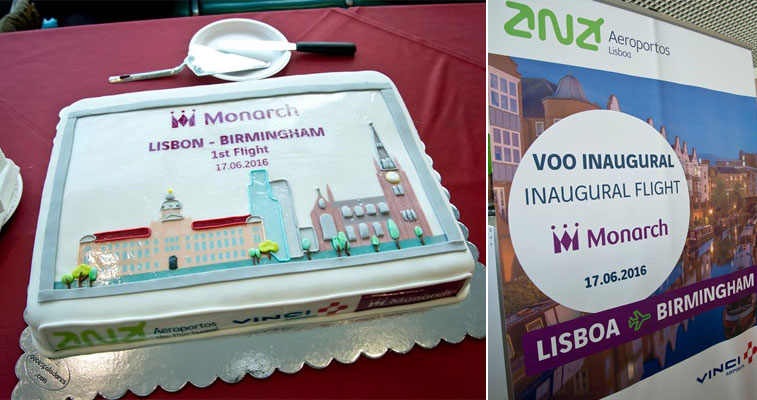 On 17 June Lisbon Airport celebrated with traditional route launch cake the start of Monarch Airlines’ thrice-weekly (Mondays, Thursdays and Fridays) service from Birmingham. Birmingham is the third destination for Monarch to link to the Portuguese capital, with the carrier also offering flights from Manchester and London Gatwick. On 21 June China Eastern Airlines launched thrice-weekly flights to St. Petersburg from its Shanghai Pudong base. Flown on Shanghai Airlines 767-300s, the route faces no direct competition. Evgeniy Ilyin, CCO of the Russian airport, said of the airline’s arrival: “Passenger traffic between St. Petersburg and various cities in China has been growing steadily over the past several years. In 2015 alone, charter and scheduled flights carried over 93,000 passengers, which is 92% more than in the previous year. The start of China Eastern operations from St. Petersburg is a long-awaited and significant event for the airport, the tourism market, and the business community of the city.” 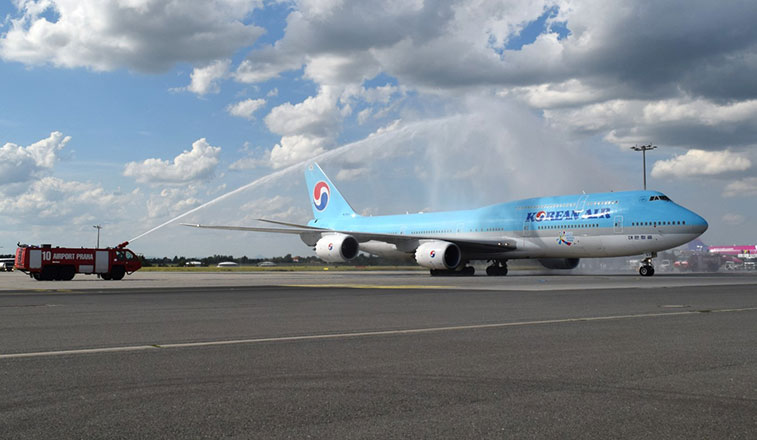 On 1 July Korean Air increased capacity on its summer service to Prague from Seoul Incheon by upgrading flights from 747-400s to 747-8s, with the Czech Republic welcoming the first flight of the type with a traditional water arch salute. The carrier operates four flights a week between the two airports, with the 747-8 having a three-class configuration with 368 seats. On 29 June Air France celebrated its 70-year anniversary of service to Manchester. Having started with a single service in June 1946, Air France is now Manchester Airport’s longest continuous serving international carrier. The French airline commenced services to Le Bourget Airport just outside Paris 70 years ago with a DC3. Warner Rootliep, GM Air France KLM UK & Ireland, said of the occasion: “Air France is delighted to celebrate 70 years of successful services between Manchester and Paris. As the longest-standing overseas airline at Manchester, we take pride in the successful operations that we have had from the airport.” On 1 July, Emirates operated a one-off A380 flight to Vienna, with the Austrian airport welcoming the aircraft with a traditional water arch salute. 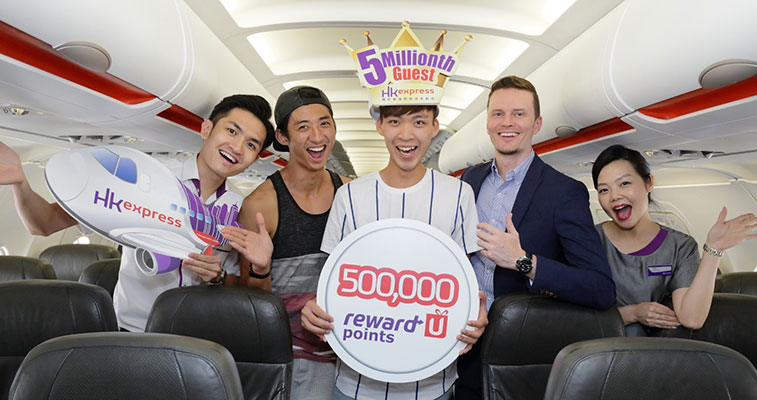 On 30 June HK Express celebrated flying its five millionth passenger. The lucky passenger to receive the title was Raymond Chan, who flew from Siem Reap to Hong Kong that morning. When he arrived, HK Express Director of Commercial, Luke Lovegrove, was there to greet him at Hong Kong. As a thank you for Chan’s support, Lovegrove presented the lucky traveller with a reward-U membership coming with 500,000 points, which can be redeemed for future tickets on HK Express flights, products and services.