easyJet launches 22 routes in a week I always wondered what I looked like when I peer out of an aircraft window…now I know! Solving this mystery were the passengers of easyJet’s first flight from Naples to Menorca on 28 June. The thrice-weekly service was also welcomed with this fabulous cake. 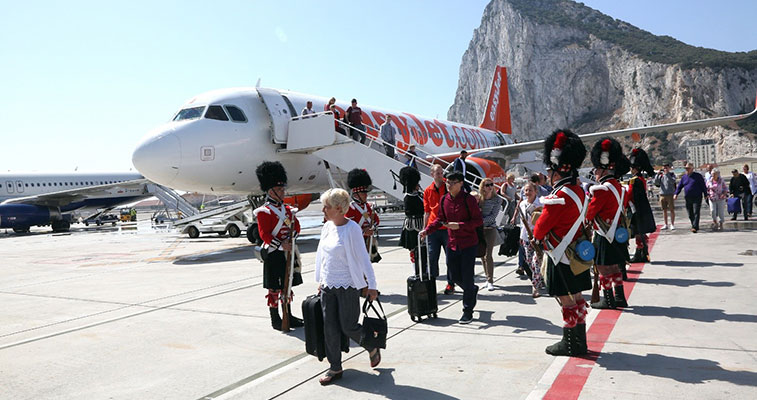 Good job it wasn’t too windy on the apron at Gibraltar on 3 July, or else the passengers on the first easyJet flight from Manchester may have received a welcome they were not expecting. The route will be flown twice-weekly and will face direct competition from Monarch Airlines.